The Smith & Wesson M&P is an American semi-automatic handgun introduced in 2005. It was developed as a law enforcement sidearm, and is also available commercially. It is available in many calibers, including 9x19mm Parabellum, .45 ACP, and .40 S&W.

The M&P Pro Series variants are geared more towards competition shooters, featuring a lighter trigger pull and a longer 5" barrel.

The .40 Pro is a handgun featured in Battlefield Hardline. It is a purchasable sidearm for the Enforcer class.

Compared to the Enforcer's other available sidearms, the .40 Pro is the least powerful. However, it has a much higher capacity at 15 + 1 rounds, and has the highest rate of fire. It is also the most accurate in rapid fire. 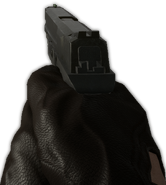 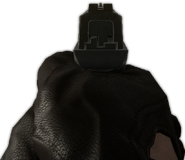 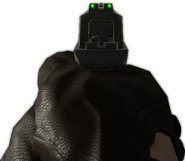 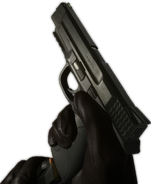 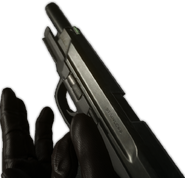