1911 in York is a Codex Entry featured in Battlefield 1. It is unlocked by obtaining five kills with the M1911 Extended. 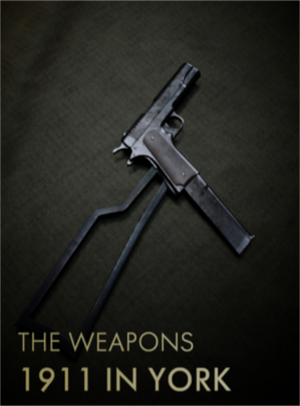 Alvin York singlehandedly killed 28 enemy soldiers in an intense firefight, equipped with an M1918 rifle and his M1911 pistol. Rushed when he had emptied his rifle, he dealt with the attacks by switching to his pistol. A German Major who rose up from the trenches pleading in English "If you do not shoot any more, we will surrender."

York was a pacifist at heart and accepted the surrender, capturing 132 men.

His superiors officer heard about this achievement and said "Jesus Christ York, I hear that you captured the whole fucking German Army!" York's' response was short "No sir, just 132 of them."

Retrieved from "https://battlefield.fandom.com/wiki/1911_in_York_(Codex_Entry)?oldid=343186"
Community content is available under CC-BY-SA unless otherwise noted.