The 369th Infantry Regiment—also known as the Harlem Hellfighters—were an infantry regiment of the U.S. Army National Guard during World War I comprised of African Americans that were known for their toughness and the fact that they never lost a trench, foot of ground, or a man through capture to the enemy. Due to their feats, they were given their nickname by the Germans.[1]

The Harlem Hellfighters feature prominently in the single player campaign of Battlefield 1, specifically in the chapter Storm of Steel, which sees a member of the unit recounting their assignment to the French Army in advance of official U.S. participation in World War I by the American Expeditionary Forces.

The prologue chapter sees the unit, along with their French and British allies, defending against an Imperial German attack some time in 1918. Over the course of the battle, the Hellfighters are overwhelmed, first at a ruined village and again at a destroyed church, before tank support breaks the German spearhead. The US take their turn on the offensive, and gain ground before a massive artillery barrage all but wipes out the unit, with the two survivors of the shelling standing off against one another before lowering their weapons. During this chapter, the player takes control of a number of Harlem Hellfighters - as each one is killed, their name, birth year and death year is displayed before switching to another character and progressing the mission. Control finally switches to the protagonist and narrator of the chapter, who is the survivor of the bombardment at the end of the mission. The narrator then becomes the narrator for the overarching campaign.

While the unit itself does not directly appear in multiplayer, owners of the Hellfighter Pack may utilize exclusive themed weapons themed after the Harlem Hellfighters.

A Hellfighter preparing for combat.

Facing down a German survivor.

An infantryman of the Harlem Hellfighters from the first mission of Storm of Steel. 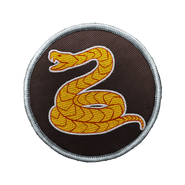