The Bell AH-1 Cobra is a two-bladed, single engine attack helicopter manufactured by Bell Helicopter. It shares a common engine, transmission and rotor system with the older UH-1 Iroquois. The AH-1 is also referred to as the HueyCobra or Snake.

The AH-1 was the backbone of the United States Army's attack helicopter fleet, but has been replaced by the AH-64 Apache in Army service. Upgraded versions continue to fly with the militaries of several other nations. The AH-1 twin engine versions remain in service with United States Marine Corps (USMC) as the service's primary attack helicopter.

The Cobra is the main attack helicopter of American and South Vietnamese Forces and is often seen alongside the UH-1 Iroquois. It seats two players, one pilot who controls the straight-firing rockets, and gunner who mans the machine gun and Sidewinder heat-seeking missiles.

The Cobra is very versatile, being fast, easy to operate and effective against most enemies; rockets can take care of ground vehicles and helicopters (to some extent), the machine gun disposes of infantry and the heat-seeking missiles can destroy helicopters and even jet fighters in some cases. Its slim shape can also aid in dodging incoming fire more easily.

AH-1G's cockpit from the pilot's view. 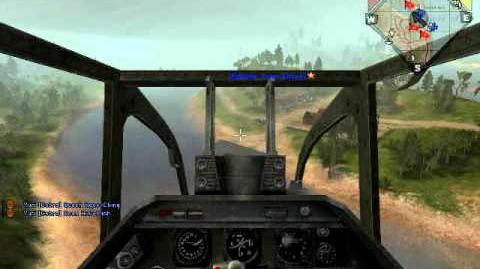 HueyCobra
Add a photo to this gallery
Retrieved from "https://battlefield.fandom.com/wiki/AH-1G_HueyCobra?oldid=341235"
Community content is available under CC-BY-SA unless otherwise noted.