Air Assault is a gametype introduced in the Apocalypse expansion for Battlefield 1.

Air Assault functions similar to the Air Superiority gamemode by having players engage in air-to-air combat to earn points to secure a victory. Unlike Air Superiority, however, players do not fight for control of objectives to earn points but instead obtain them by destroying aircraft. Additionally this is the only gamemode that allows two Airship L30 Behemoths to engage one another.

Two teams of 20 players engage one another in an aerial battle similar to the singleplayer mission Friends In High Places. While a total of twenty planes are available to spawn, players may additionally spawn in other planes that feature available slots. Each type of aircraft offer different amount of points to the opposing team once destroyed with the destruction of the Airship Behemoth granting an automatic victory. 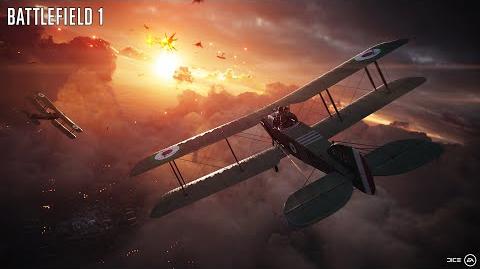