Austria-Hungary is a Codex Entry featured n Battlefield 1. It is unlocked upon winning one game as the Austria-Hungarian Empire. 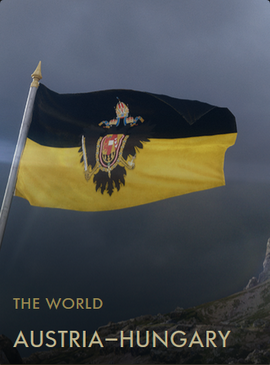 As the most multi-cultural of all the great empires, Austria-Hungary had 15 different language versions of its national anthem. While its internal workings, that often valued heritage over ability, left it somewhat in a state of decay by 1914, the Empire still dreamed of expanding its influence throughout the Balkans and perhaps one day all the way to Persia. in 1908, Austria-Hungary had annexed Bosnia, making Serbia the next in line. And if Serbia fell, Russia would lose all influence in the Balkan region.

Retrieved from "https://battlefield.fandom.com/wiki/Austria-Hungary_(Codex_Entry)?oldid=343151"
Community content is available under CC-BY-SA unless otherwise noted.