Battery Beyond is a Codex Entry featured in Battlefield 1. It is unlocked upon collecting all Field Manuals in the Cape Helles chapter of The Runner in the singleplayer campaign.

FIRING ACROSS THE GALLIPOLI PENINSULAEdit 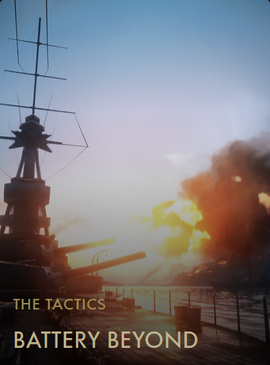 Volleys of modern field guns and howitzers fired a deadly storm of shrapnel into the advancing ANZAC troops on April 25th, 1915, causing terrible casualities as the men landed on the beaches of the Gallipoli Peninsula. Deployed by the cunning commander Mustafa Kemal, they turned the initially promising allied advance into a bloody stalemate, as the imprecise Allied naval guns were no match for the unexpectedly strong artillery defenses of the Ottoman army.

Their German ally had provided each infantry division with 75mm and 77mm field gun batteries, manufactured by the famous Krupp artillery works. Firing from concealed positions on the hills of Third Ridge, Hill 971, and Maltepe, they made every advance from the shorelines of the Dardanelles a hellish and costly endeavor.

Retrieved from "https://battlefield.fandom.com/wiki/Battery_Beyond_(Codex_Entry)?oldid=343388"
Community content is available under CC-BY-SA unless otherwise noted.