Battlefield 1: In the Name of the Tsar

PlayStation 4, Xbox One, PC
"Enter the war’s biggest front with the Russian army and fight in snow-covered ravines and a freezing archipelago in 4 new maps."

Battlefield 1: In the Name of the Tsar is the second expansion pack for the Battlefield 1. It was first revealed on February 28th 2017.[1] The expansion features the Russian Army as a new playable faction with maps featured in the Eastern Front during the cold Russian winters.[2] Additionally the expansion introduces playable female soldiers in the form of the Scout class for the Russian and possibly German Armies.[3] The release date is expected for September 2017[4]. 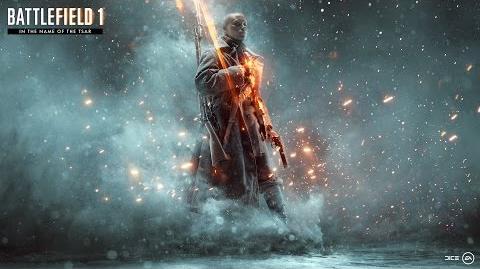 Retrieved from "https://battlefield.fandom.com/wiki/Battlefield_1:_In_the_Name_of_the_Tsar?oldid=314254"
Community content is available under CC-BY-SA unless otherwise noted.