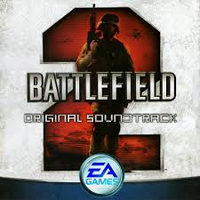 The soundtrack of Battlefield 2 consists of 18 tracks composed and created by Fredrik Englund, David Tallroth, and Jonas Östholm. The soundtrack is very minimal, mostly consisting of faction specific loading and outcome themes.

Battlefield 2's soundtrack was never officially released outside of the game. As such, the following track names refer to their file names and in-game usage, and are not official track names.