Battlefield 3: Aftermath is the fourth expansion pack available for Battlefield 3. It was revealed in a fact sheet pertaining to Battlefield Premium on May 30, 2012. At E3, the developers announced that it would take place in the aftermath of a magnitude 8.1 earthquake, the epicenter of which took place 170 miles southeast of Tehran, Iran.

Set amongst the shattered districts, streets and cities of post-earthquake Iran, Aftermath depicts a continuing struggle for supremacy and survival amongst the devastation.

Building split in half as shown in the trailer.

Another view of the wreckage in the streets from the trailer.

Features of Battlefield 3: Aftermath shown in the Premier Trailer 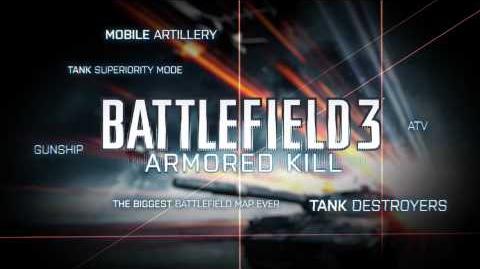