PlayStation 4, Xbox One, PlayStation 3, Xbox 360, PC
"Are you ready to draw First Blood in the jungle?"

Battlefield 4: Community Operations is a free expansion and content update for Battlefield 4 released October 27, 2015 along with the Fall 2015 update. The expansion includes a new map, Operation Outbreak, previously known as the Community Map Project, which was created in heavy collaboration with the Battlefield community.[1]

Like Night Operations, Community Operations was released alongside the Fall Patch, which introduced significant changes for vehicle gameplay, with all vehicle classes and weapons being rebalanced, as well as some changes to specific weapons and inclusions of squad and minimap features from Battlefield Hardline. Full patchnotes can be seen here. Notable changes are: 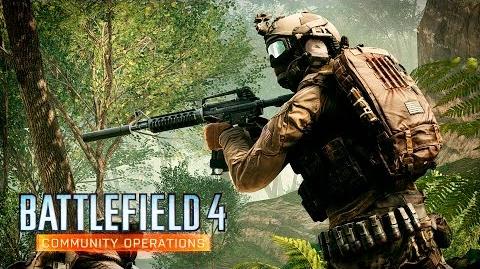 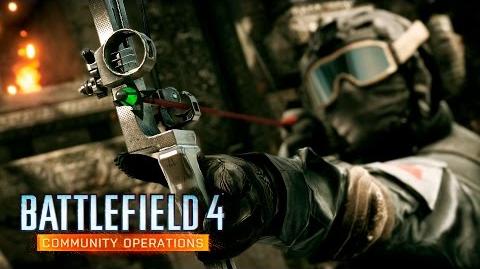