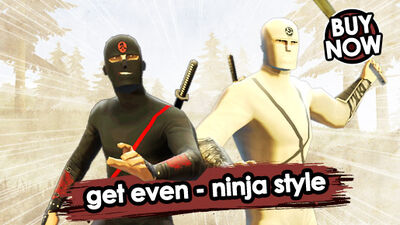 The Black Night and Nigel's Ninja outfits are clothing sets available for Battlefunds. Since it first appeared as a battlefunds monthly exclusive, they reappeared and featured for a long while as a hot deals bundle. It is actually the second ninja outfit of the Royals.

It was resold in 28th November 2011 within the Heroes of the Rising Sun theme.