Battlefield V: Into The Jungle

Battlefield V: Into The Jungle is the 6th chapter in the Tides of War live service for Battlefield V. The chapter was first teased at the end of the Wake Island Overview Trailer and was officially announced on January 23rd, 2020.[1] The chapter started on February 6th, 2020 and will conclude on April 30th, 2020.[2] 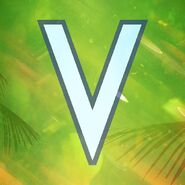 Retrieved from "https://battlefield.fandom.com/wiki/Battlefield_V:_Into_The_Jungle?oldid=373406"
Community content is available under CC-BY-SA unless otherwise noted.