"Roark's pulling jobs around Miami and L.A. with someone named Big Eddie, whoever the hell that is."

Big Eddie is an unseen character featured in Battlefield Hardline and the true main antagonist of the game. Not much is currently known about him except that he has been pulling a number of jobs with Neil Roark across Los Angeles and Miami. Nicholas Mendoza found evidence pertaining to Big Eddie during this "Power Play" investigation and had speculated that these jobs involved bank hits, stating that not much else was worth their time due to their resources.

This is supported by a bank robbery that occurred in Los Angeles which was done by breaking into the vault via explosives through the freezer of a restaurant called "Big Eddie Spaghetti". Another restaurant, "Big Eddie's Bistro", located on the California coast, was known to be fronting for a drug smuggling operation.

He enacted the Syndicate Program in order to recruit known criminals and crooked cops to his organization. 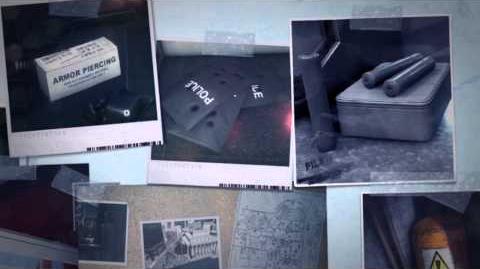 Retrieved from "https://battlefield.fandom.com/wiki/Big_Eddie?oldid=292596"
Community content is available under CC-BY-SA unless otherwise noted.