watch 03:19
Wiki Targeted (Games)
Do you like this video?
Play Sound

C4 is fatal to infantry, though the FLAK specialization can provide some protection at a distance. A single pack can ruin light armor and disable heavy armor; two will destroy heavy armor but three are required for vehicles with Reactive Armor. The AAV-7A1 AMTRAC is a notable exception - assuming C4 is not placed on the exposed rear, its reactive armor coupled with its high health allows it to withstand at least 3 bricks of C4.

The minimap icon for C4 is shared with M15 Anti-tank Mine. C4 planted on vehicles is immediately spotted for the occupants, and to enemies once spotted. With Destruction, players can use C4 to create passages through certain barriers. This can be useful for flanking or escaping. Explosive objects such as cars and gas tanks can also be turned into large-scale booby traps. Recreational players also use C4 to set off piles of explosives to launch heavy vehicles, or trails of explosives, or to turn light transport vehicles in effective VBIEDS (Vehicle-Borne Improvised Explosive Devices)

Unlike many prior games, Primary Fire will detonate deployed C4. Secondary Fire is used to deploy, rather than switch between packs and the firing device. Packs can be retrieved (or defused by an Engineer) by holding down the Reload button.

A player can deploy a maximum amount of 6 satchels of C4 on a map at once. Already deployed C4 will disappear when new satchels are placed should the total amount of C4 already deployed be at the maximum amount. However, the player will need to deploy an Ammunition Box unless they have the EXPL specialization to get all six packs. C4 can be set off by other explosions, large caliber weapons such as magnum pistols and sniper rifles, 12 gauge slug rounds, frag rounds and grenades, and occasionally by heavy impact.

The following is a list of effects and damage to specific vehicle types from direct-contact explosion from C4 Explosives. Vehicles not listed are vehicles which are instantly destroyed upon charge detonation. Such includes Light Jeeps, Quad Bikes, Jets of all types, Helicopters of all types (excluding Transport Helicopter) and RHIB Boats. Vehicles equipped with Reactive Armor usually require an extra brick of C4 to destroy.

Damage results are consistent at all angles of direct-contact detonation. Explosive damage from splash-damage is not included.

During the alpha, players were able to plant C4 on EOD Bots and MAVs, allowing for remote detonation. This ability was removed in the beta.

An oversight allowed players to detonate their old C4 after respawning. Patch 1.04 (March 2012) removed this ability, and greatly reduced the amount of time that C4 remained after death.

The C4 (on the wall) and the detonator in gameplay. 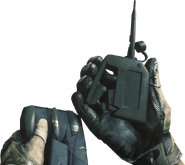 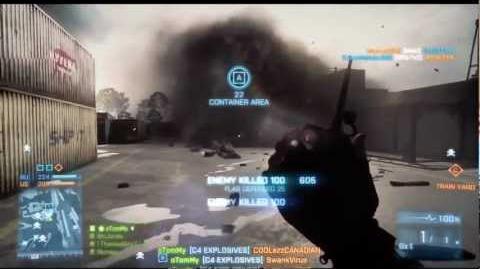 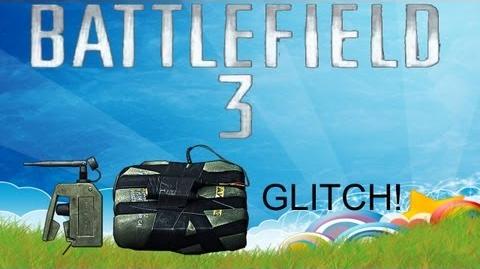 Trolling With the C4 Glitch!
The removed rollback feature in Battlefield 3
Add a photo to this gallery

Retrieved from "https://battlefield.fandom.com/wiki/C4/Battlefield_3?oldid=368056"
Community content is available under CC-BY-SA unless otherwise noted.