The Cei-Rigotti is an early selective-fire rifle designed by Major Amerigo Cei-Rigotti of the Royal Italian Army sometime around 1900. Although styled after the Italian Carcano rifle, the Cei-Rigotti was an original design, feeding from a fixed 10 round magazine and utilizing a gas-operation that allowed it to fire fully-automatic. Reportedly, the weapon was capable of firing up to 300 rounds on full auto before the weapon action became at risk of seizing.[1] Rigotti presented his rifle to several countries in the decade following its introduction and it was reportedly tested by both the Italian and British Armies before World War I, but was not adopted by either military and never saw full scale production.[2]

The Cei-Rigotti is a Self-Loading Rifle featured in Battlefield 1. The weapon features balanced stats compared to the other rifles, with a maximum fire rate of 300 RPM and doing 38 damage up to 32.5 meters and dropping to 28 damage at 41 meters. The Cei-Rigotti also features an automatic fire mode in all variants, a trait shared only with the M1907 SL Sweeper among the SLRs. 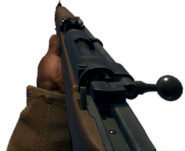 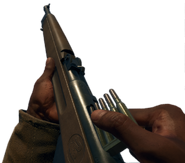 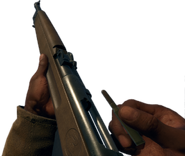 Single bullet reload
Add a photo to this gallery

Retrieved from "https://battlefield.fandom.com/wiki/Cei-Rigotti?oldid=311263"
Community content is available under CC-BY-SA unless otherwise noted.