Not to be confused with the Axis Powers

The Central Powers was an alliance of countries that opposed the Allies in World War I. Beginning in 1879 as the Dual Alliance between the German and Austro-Hungarian Empires and eventually including Italy as the Triple Alliance. The Central Powers would grow to include the Ottoman Empire in 1914 and Bulgaria in 1915. Italy did not join German and Austria-Hungary against the Entente at the start of the war, arguing the pact was only defensive in nature - it instead joined the Allies in 1915. Although several other smaller nations fought with them as client and co-belligerent states, the core combination of Germany, Austria-Hungary, the Ottomans and Bulgaria caused the faction to also be known as the Quadruple Alliance.

The Central Powers appear throughout Battlefield 1, both in Singleplayer and Multiplayer. The German, Austro-Hungarian and Ottoman Empires are the opposing faction in every War Story.

Of the six base game multiplayer factions, three were members of the Central Powers - this is represented by red borders around their faction's icon to contrast with the Allies' blue border. No new Central Powers factions were added in subsequent expansions (despite the Red Army's icon having a red border, they are unaffiliated), although the Ottomans have a different appearance in Battlefield 1: Turning Tides.

In game, the German Empire faces four Allied Powers on maps in Western and Eastern Europe, as well in the skies above London and Italy. Austria-Hungary fights both the Kingdom of Italy and Russian Empire in Italy and on the Eastern Front, respectively, while the Ottoman Empire exclusively fight the British Empire in the Middle-East.

The Central Powers exist as a named faction in the Incursions competitive gamemode.

The team largely wears German feldgrau uniforms with red accents, with the exception of the Control Leader's olive-green trenchcoat - altogether though the faction is an assorted combination of all three of the separated Central Power factions of multiplayer, with different classes wearing a variety of nation specific equipment and headgear. The faction fights in both Europe and the Middle-East, where they oppose the similarly amalgamated Allies. 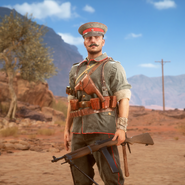 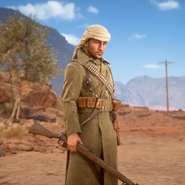 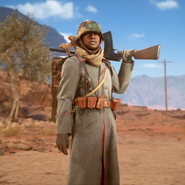 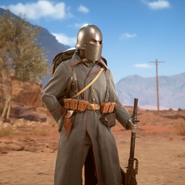 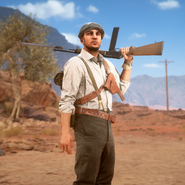 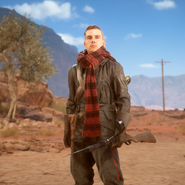 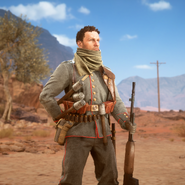 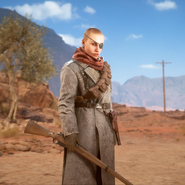 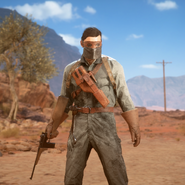 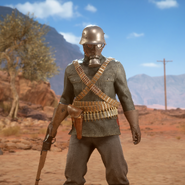