Conquest Assault is a gamemode featured in several installments of the Battlefield series as a variant of the Conquest gamemode.

Conquest Assault simulates an assault on enemy territory, featuring one side as the Defenders and the other as the Attackers. The defending team starts with control over all flags on the map but has no uncap, while the attacking team control only an uncap and, occasionally, a forward base.

Both teams can win by draining the enemy's tickets as usual, but defenders will not bleed tickets until all control points are taken, while attackers start off with more tickets than defenders. Attackers are also able to win by default by capturing all Control Points on the map and killing all living enemy players, as the enemy will have no where to spawn back into the game.

As with the regular Conquest gamemode, Battlefield 1's version of Conquest Assault has tickets count up to a goal of 1000 instead of down to a goal of zero, with the attacking team starting 300 hundred tickets ahead. 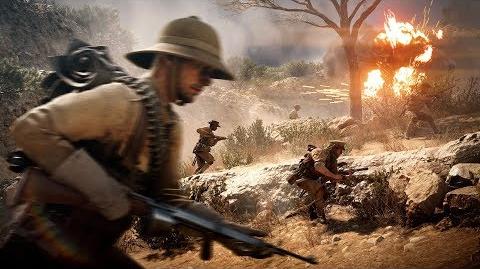 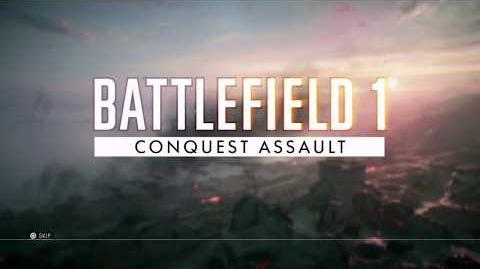 Introduced with Battlefield 2142: Northern Strike, Assault Lines is a variant of Conquest Assault.

As with Conquest Assault, one team acts as the Defenders controlling all points on the map while the opposing team acts as the attackers owning an uncap. However, defenders also control a special flag called their Home Base. This flag is similar to an uncap in that is uncapturable for most of the game, but if the attackers manage to capture all other flags besides it, it is then unlocked for capture. If the attacking team captures the defender's Home Base, they automatically win the round.

Retrieved from "https://battlefield.fandom.com/wiki/Conquest_Assault?oldid=352870"
Community content is available under CC-BY-SA unless otherwise noted.