Dalian Plant is a map featured in Battlefield 2 and Battlefield Play4Free. It is set during a USMC amphibious assault on a Chinese nuclear power plant.

"US Rapid Deployment forces are advancing to capture the Dalian Plant nuclear facility and force disruptions to the electrical grid in northern China. Elements of the Second Army of the People’s Republic of China have moved forward to serve as an improvised defensive force. This location is of vital strategic importance to both sides, for a major reduction of the generating capacity of the PLA forces would allow rapid consolidation of US units dispersed throughout this vast region."

The USS Essex (LHD-2) is located on the sea at the east side of the mainland. It possesses two spawnpoints - one located on the flight deck, and the other located below deck, where they may take the 2 Rigid Inflatable Boats to the nearby island or to the mainland. The flight deck hosts 2 UH-60 Black Hawks, 2 F-35Bs and 1 AH-1Z Cobra. It also sports 2 Phalanx CIWS which are the main defenses of the USS Essex.

As it's name suggests, this flag lies to the north of the Reactor Towers, and is one of the three closest flags to the U.S. carrier. Upon the docks lies a small building, which protects from artillery and bombings, and a hut where an FAV and an APC spawn. This point, like the South Docks, usually comes under a lot of pressure from air power, making the anti-air emplacement here one of the most important pieces of equipment to protect. Players may take a narrow land bridge in order to reach the Reactor Towers, or take the road to the west that leads to the Warehouse.

The Reactor Towers area is crucial to controlling the map as a tank and attack helicopter both spawn here. It is located on the coast, halfway between the North and South Docks. Taking off from this point in the gunship can be a feat due to the fact that the helipad is completely vulnerable and the location is surrounded on all sides by bases. Given the open nature of this control point, it is very difficult to capture and to defend since there is little or no cover from enemy air power and armor, nor from artillery strikes. However, there is a TOW missile anti-tank position at the middle entrance which may at least help discourage the access of hostile ground vehicles and armor units from the middle side.

One of the "beachhead" type control points, this one south of the Reactor Towers. It is one of the more important points to control since a Main Battle Tank spawns here. Like the North Docks, this area is in almost unending conflict as helicopters and planes from the PLA Airfield and USS Essex fight for control of the coast. Protecting this point from enemy armor can be tricky, due to the fact that they have a nice line of sight from the road to the control point. However, careful placement of mines and C4 and using the hills on either side of the road to ambush incoming vehicles can help even the odds. On the dock itself is a scalable loading crane which features an advantageous perch for snipers and AT kits. The anti-aircraft position here has great coverage from the hilltop slightly north of the dock, but this also results in being extremely exposed to small arms fire from enemy infantry. It is wise to use it only on a case to case basis and not to sit in it looking for targets.

Located in the Northwest corner of the Dalian complex, the flag for this control point is well-exposed to enemy fire, meaning capturing it will only really be possible after securing the area. This task is difficult since there are few suitable places of refuge from enemy vehicles in the immediate area. However, it is quite difficult to perform a good bombing run on this flag, so air power presents somewhat less of a threat here. From this point spawns only a Medium Transport and an FAV/DPV, so this also attributes to the difficulty of holding it.

The opposite number of the Reactor Towers to the east, the Main Entrance is the other integral point to controlling the mainland. Luckily, the helipad here where the gunship spawns is well-covered and difficult to camp, so taking off is generally easy. There is also an MBT which spawns here and an anti-tank HJ-8 missile launcher, but the launcher is very exposed, meaning the operator is not likely to succeed in staving off a well planned armored advance. There is a multi-story building under construction which is very important to defending this point from attackers. It is difficult for enemy vehicles and infantry to fend off a well-coordinated ambush from the building.

The Maintenance Building is located in the Southwest, directly down the road from the South Docks. The flag here is very easy to capture or defend due to the fact that it is well-covered within a warehouse and is impossible to drop any bombs or hit with an Artillery Barrage. Preventing vehicles from responding to a capture in progress is predictable, with the only approaches having to enter the building from one door or the other. Finally, the APC that spawns here is important to fighting the tanks and gunships coming from the Main Entrance and Reactor Towers, as well as the PLA Airfield and USS Essex. 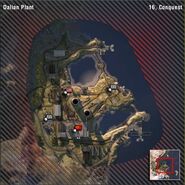 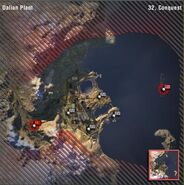 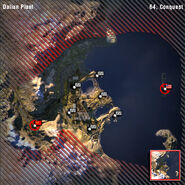 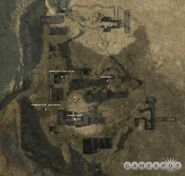 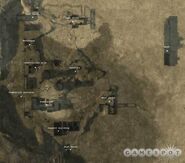 The island where the USMC Artillery is located.
Add a photo to this gallery

Dalian is a modified version of the Battlefield 2 map that was added in a recent update for Battlefield Play4Free. While retaining many traits of the original version, the maps features a few notable differences such as the snowstorm and the absence of the artillery island. The map features light vehicles, Main Battle Tanks, attack and transport helicopters and jets. The rush mode has three stages, with the USMC attacking. The USMC has access to 4 Black Hawks, 2 F-35, one Littlebird and one Apache.

The Russians have a BTR-90, a Z-11w and a number of GAZs. In the next two stages, both sides have access to ground vehicles, tanks and APCs, while the RU also have access to jets, a Mi-28 and a Z-11w. If the RU team acquire an enemy jet in the first stage (the enemy bails over land, etc.) they cannot resupply in the first stage, but in the next stages they can resupply at their own airbase or the carrier if they survive that long. It can be played in both conquest and rush. 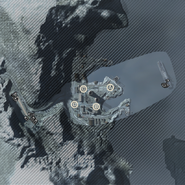 Dalian Plant as seen on Play4Free

Retrieved from "https://battlefield.fandom.com/wiki/Dalian_Plant?oldid=363180"
Community content is available under CC-BY-SA unless otherwise noted.