Battlefield Wiki
Register
Don't have an account?
Sign In
Advertisement
in: Stub, Construction, Gamemodes of Battlefield 1,
and 4 more

Domination is a gamemode featured in several installments of the Battlefield series. It is a smaller, fast-paced variant of the Conquest gamemode.

Domination functions in a very similar manner to Conquest. The gamemode has no uncap bases and players cannot spawn on captured control points, instead randomly spawning around the map or on squadmates. Due to its smaller scale, maps typically feature only three objectives that are in relative proximity from each other. Control Points capture significantly faster than in regular Conquest, and no vehicles spawn on the map. Ticket bleed is still inflicted by owning over half of the Control Points on the map, and the first team to reduce the enemy's ticket count to zero or have a greater number of tickets by the end of the round wins the match.

Domination is available in Battlefield 4. It functions in a similar manner to Battlefield 3

This item has a Codex entry: In War We Are Equal 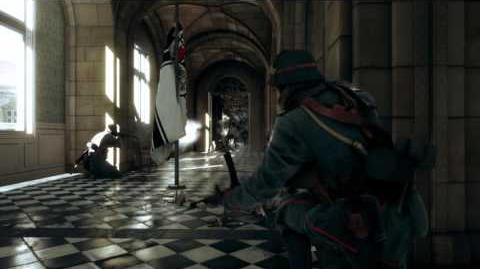 Domination is available on all maps in Battlefield 1. It functions in a similar manner to previous installments. 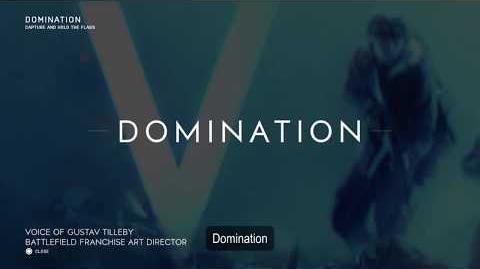 Domination was available on all base game maps in Battlefield V, functioning in a similar manner to previous installments. Due to a low player count, however, the gamemode was removed with Frontlines on May 30th, 2019.[1]