For other versions of the map, see Dragon Valley (Disambiguation) 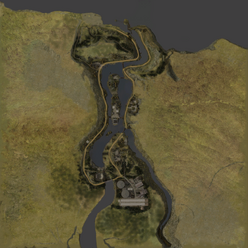 "American military forces are converging upon this idyllic valley, to secure a foothold in the Minshan mountain range."

Dragon Valley is a map featured in Battlefield Play4Free. It features a new vehicle for the game, the scout helicopter (Littlebird or WZ-11).

Here, at the western base on the map, 2 Rigid Inflatable Boat's, 2 light vehicles (FAV or DPVs, depending on who owns the base), and 1 APC. Unique on this map, at the helipad at this base, a scout helicopter will spawn, depending on which team owns the spawn, either the US AH-6 Little Bird or the Russian Z-11.

The Russian team spawns near the airfield at the southern portion on the map, at the top of the large hill that covers the map. Here, 6 FAV Buggy's, 2 BTR-90's, 1 T-90 MBT, 1 Mi-17 Hip transport helicopter and 1 Mi-28 Havoc attack helicopters.

The Dragon Valley loading screen from the game files 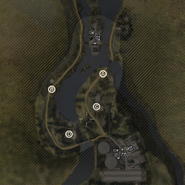 Dragon Valley as seen on Play4Free

Retrieved from "https://battlefield.fandom.com/wiki/Dragon_Valley_(Battlefield_Play4Free)?oldid=359321"
Community content is available under CC-BY-SA unless otherwise noted.