Electronic Arts, also abbreviated as EA, are the publishers for the Battlefield series. EA bought DICE on October 2, 2006 and has owned it since. Currently, EA develops and publishes games under several labels including EA Sports titles, Madden NFL, FIFA Soccer, NHL, NCAA Football, SSX and NBA Jam. Other EA labels produce established franchises such as Battlefield, Need for Speed, The Sims, Medal of Honor, Command & Conquer, as well as newer franchises such as Dead Space, Mass Effect, Dragon Age, Army of Two and Star Wars: The Old Republic, produced in partnership with LucasArts. EA also owns and operates major gaming studios in Tiburon in Orlando, Burnaby, Vancouver, Montreal and DICE in Sweden.

Electronic Arts was founded by Trip Hawkins in 1982. Originally, EA was a home computing game publisher. In the late 1980s, the company began developing games in-house and supported consoles by the early 1990s. EA later grew via acquisition of several successful developers. By the early 2000s, EA had become one of the world's largest third-party publishers. On May 4, 2011, EA reported $3.8 billion in revenues for the fiscal year ending March 2011. EA began to move toward direct distribution of digital games and services with the acquisition of the popular online gaming site Pogo.com in 2001. In 2009 EA acquired the London-based social gaming startup Playfish, and in June 2011, EA launched Origin, an online service to sell downloadable games directly to consumers. In July 2011, EA announced that it had acquired PopCap Games, the company behind hits such as Plants vs. Zombies and Bejeweled.

All of EA's labels and studios are overseen by chairman Larry Probst and CEO Andrew Wilson who has held this position since September 2013 after John Riccitiello resignation 6 months prior. Many have attributed Riccitiello's success in leading EA to his passion as a gamer.

The following are the Electronic Arts labels, with the studios that fall under each label:

Known for The Sims series, EA Maxis develops and markets life-simulation games and online communities. The label is headquartered at EA's campus in Redwood Shores. Maxis' original studio in Emeryville was closed in March, 2015. The studio now sits under the leadership of the SVP of EA Mobile.[66] The label had previously been renamed EA Play. [67][68]

The Battlefield franchise is a series of computer and console games that started with the Windows/Mac game Battlefield 1942. The series is developed by the Swedish company EA Digital Illusions CE, and published by Electronic Arts. The games feature a greater focus on large maps, teamwork and vehicle warfare than traditional first-person shooters. The PC games in the series are mainly focused on online multiplayer. The Battlefield series has sold 17 million units as of 2008. 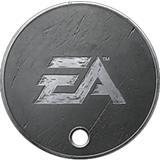 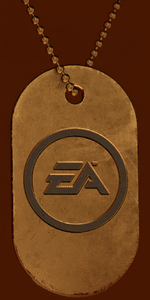