Fall of Empires is a Codex Entry featured in Battlefield 1. It was introduced alongside Operation Campaigns in the November 2017 update. This Codex is unlocked upon completion of the Fall of Empires Operations Campaign. It can be viewed while the Operation campaign is active in the Operation menu without unlocking it. 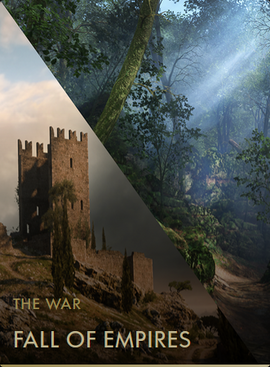 The Battle of Vittorio Venetto was launched on 24 October 1918, and saw the Italian Army, supported by Allied divisions, finally crack the weakened Austro-Hungarian Empire and push it out of Italy. A few days into the offensive, member states of Austria-Hungary began to declare independence, and the multi-cultural empire fell apart. A general retreat was ordered by the high command, and on 3 November the Armistice of Villa Giusti was signed, ending the war on the Italian Front the next day.

At the same time as the Vittorio Venetto battle, The French and American forces were pushing the Germans back in the Meuse-Argonne offensive on the Western Front. Two days after the cease fire in Italy, on 6 November, Sedan and its critical railroad hub was captured. These severe losses during the Allied offensives, together with the surrender of their last Central Powers ally, led to the German Empire requesting an armistice which was finally signed on 11 November.

Retrieved from "https://battlefield.fandom.com/wiki/Fall_of_Empires_(Codex_Entry)?oldid=371472"
Community content is available under CC-BY-SA unless otherwise noted.