Fortress is a Codex Entry featured in Battlefield 1. It is unlocked by obtaining ten kills with the Fortress Gun. 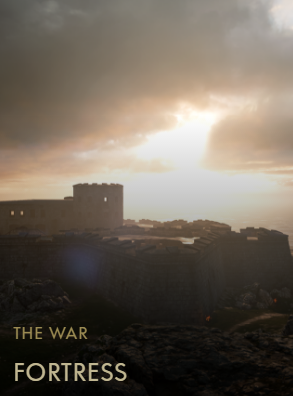 The traditional fortress was outdated when the war began. High explosive shells fired by modern artillery could pulverize the strongest walls. As the Germany army pushed through Belgium shortly after the war broke out, their infantry advance was halted by the fortresses around Liege and Namur. The Germans rolled up their 42cm Krupp and Skoda howitzers - and demolished them.

During the battle of Verdun, the Germans again brought their artillery pieces to bear on the fortresses protecting the French strongpoint. Despite intense fire, the French fought desperately in the remains of Fort Douaumont and Fort Vaux repeatedly preventing the Germans from achieving a breaking through. The forts were captured and recaptured in a series fierce attacks and counterattacks.

Anticipation of war saw the Italians barricade their Alpine front with fortresses and bunkers. Built on high slopes and carved into the mountains, the fortresses of Fort Verena, Campolongo, and Campomolon prevented any advance through the dangerous mountain trails. But they could not withstand the heavy shells of the modern Austrian M11 howitzers, which could fire 384 kg shells over 11 km. The shells could penetrate the fortification walls before exploding, killing most of the inhabitants by the sheer pressure of the detonation.

Retrieved from "https://battlefield.fandom.com/wiki/Fortress_(Codex_Entry)?oldid=343331"
Community content is available under CC-BY-SA unless otherwise noted.