For other uses of "Ghost Town", see Ghost Town.

Ghost Town is a map featured in Battlefield: Bad Company, based on the singleplayer level of the same name. It was created in response to feedback from the community to turn several singleplayer missions and multiplayer levels into conquest maps, and was released in October 2008 as a free update. It depicts the Middle Eastern Coalition versus the United States Army. It can only be played on Conquest mode.

Ghost Town is set in a small desert town in the Middle East that is separated by a gorge. It focuses on infantry combat and tank warfare in a closed-in urban environment. 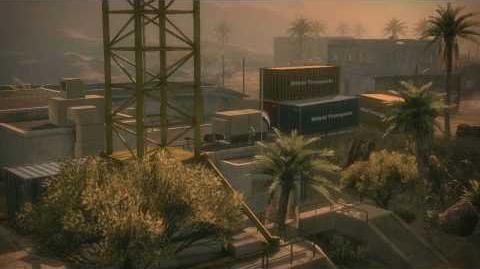 Retrieved from "https://battlefield.fandom.com/wiki/Ghost_Town_(Bad_Company_multiplayer)?oldid=346100"
Community content is available under CC-BY-SA unless otherwise noted.