Going Beneath is a Codex Entry featured in Battlefield 1. It is unlocked upon obtaining five kills with the Sawed Off Shotgun. 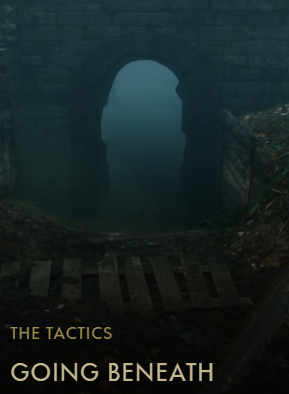 The war below ground was fought by men who had held relevant civilian jobs such as coal miners and sewage workers. They now served in the engineer corps, tasked with undermining enemy positions. Once a tunnel was dug, high explosives were laid and were detonated immediately before a planned assault.

Tunnel warfare was a dangerous task, as tunnels could collapse or fill with carbon monoxide. There was also the threat of counter tunnels, dug by the enemy to expose the mining operations of the attacker. If two tunnels met, vicious hand-to-hand combat would ensue in the claustrophobic confines. To avoid being counter-mined, engineers were equipped with listening and seismographic devices to warn them.

The largest tunneling operation was at Messines Ridge in 1917. 1.2 million pounds of explosives were detonated in a series of tunnels under the German positions with the largest resulting crater being 40 feet deep and 250 feet in diameter.

Retrieved from "https://battlefield.fandom.com/wiki/Going_Beneath_(Codex_Entry)?oldid=343375"
Community content is available under CC-BY-SA unless otherwise noted.