Not to be confused with the Battlefield Vietnam map Cambodian Incursion

Incursions is a gamemode introduced in Battlefield 1. The gamemode is centered on competitive play between players in 5v5 matches. It was announced on 21 August 2017 at Gamescom 2017.[1] Support for the gamemode has ended as of 25 April 2019, at which point it is no longer able to be played.[2]

The gamemode pits two teams of five players against one another in small-scale battles. Regardless of the map, there are only two factions: Allies and Central Powers.

On Giant's Shadow, The games are played out over 14 sets, the winner being the first to win 8 sets. The winner of a set is the first team to accumulate 10 tickets within that set. Tickets are awarded for killing, performing squad wipes, destroying an enemy vehicle, and holding flags.[3]. Similar to Frontlines, the gamemode features 3 flags that can only be captured sequentially. Players will choose between ten different preset subclasses before the start of a match and cannot change their class once the match has started. The gamemode features its own progression system which gives players access to specializations within the match based on teamplay and performing tasks that benefits the team. A limited number of vehicles will also be available as well as lobby-based matchmaking.

On Sinai Desert, DICE announced a new gamemode called "King of the Hill". The mode has three sectors per half. To win a match, team need to win four sectors. Each sector has one flag to contest. Holding the flag generates tickets, and the first team to fill a set wins the sector. No other action than holding the flag contributes to tickets. When a sector is completed, both teams are transferred to the next sector.[4] If the match end as draw (3-3), 2 overtime phases will start.

Incursions — Capture and Hold the FlagEdit

The kits featured in Incursions are loadouts focused exclusively for the gamemode[8]. Some of the kits use weapons normally available to a different class, and some of the gadgets and specializations are modified from the base game.

Along with equipment, each kit has access to a default specialization. As play progresses, players may gain two additional specializations.

Players can see stats like kills and time played for each kit.

FT-17 Tank Hunter
Add a photo to this gallery

Private Match features was enabled on 15 December 2017. Player who create the lobby can choose region and map. After that, Players will get a match key that can share to other 9 players. Admin can move other players between 2 teams and spectator slots before the match start.[10]

Player start with 10 placement matches to determine ranking. There are five ranks available with 3 tiers for each rank including

Leaderboard
Add a photo to this gallery

Taking place on Sinai Desert Redux, the Practice Range allows players to try all of the kits in Incursions as well as information to explain rules and hints.

Introduced on 10 April 2018. Practice Mode play in one half only, giving access to switching kits while in deploy screen but one team still can't use the same kit at the same time.

Player ranking will unaffected at the end of the match.

Community Status is a message from system to encourage players to stay in the match until the end instead of leaving.

Player HUD in a match of Incursions in early build

UI and Scoreboard after release 6

Sector A of Sinai Desert Redux in release 7 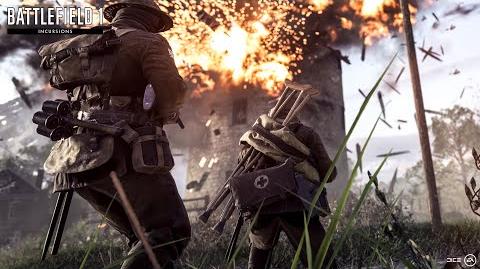 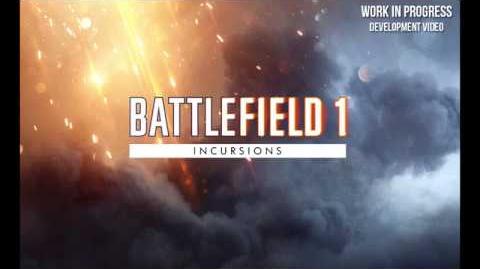 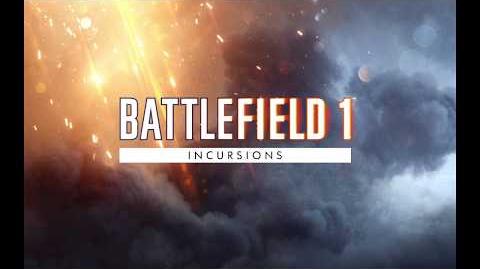 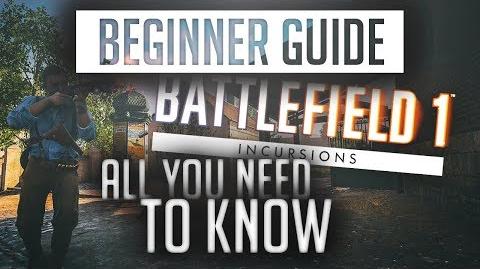 Retrieved from "https://battlefield.fandom.com/wiki/Incursions?oldid=369196"
Community content is available under CC-BY-SA unless otherwise noted.