The Independence-class is a class of littoral combat ships (a class of relatively small surface vessels intended for operations in the littoral zone (close to shore)) built for the United States Navy.

The hull design evolved from a project at Austal to design a forty knot cruise ship. That hull design evolved into the high-speed trimaran ferry HSC Benchijigua Express and the Independence class was then proposed by General Dynamics and Austal as a contender for Navy plans to build a fleet of small, multipurpose warships to operate in the littoral zone. Two ships were approved, to compete with Lockheed Martin's Freedom-class design for a construction contract of up to 55 vessels.

An Independence-class ship appears in Suez, the final mission of the Battlefield 4 campaign, operated and headed by Admiral Chang.

Almost immediately after Jin Jié's identity was revealed to the PLA soldiers, Admiral Chang commands his warship to open fire on the USS Valkyrie, where Jin Jié had been in hiding, in an attempt to "bury the truth" in regards to his failed assassination. Realizing that the Valkyrie would not last long, Tombstone Squad sailed a RHIB to the warship's weak point and planted C4 charges to destroy it. 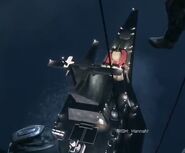 Another view of the warship 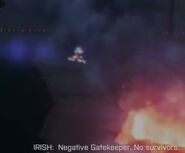