The K10 is a submachine gun featured in Battlefield Hardline. It is a purchasable weapon for the Law Enforcement Mechanic, and has the highest rate of fire of any infantry weapon in the game at 1200 rounds per minute. The K10 also poseses very tight hipfire and, coupled with its high firerate, is very effective in close-quarters. However, to counterbalance the fast time-to-kill with the weapon, the K10's ADS accuracy is very low, making it difficult to use outside of close range without tap-firing. It is equipped by default with a Laser Sight. 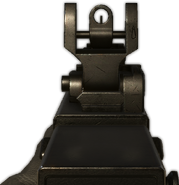 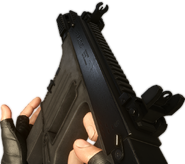