The Khaybar KH2002 is an Iranian-indigenously produced 5.56x45mm bullpup rifle, built upon a bullpup conversion of the DIO S-5.56 assault rifle, an Iranian version of the Chinese Norinco CQ rifle, which itself is a clone of the M16A1 with a different stock and handguard. It is intended to replace the aging G3 in the Iranian Army. It has an effective range in excess of 450 meters and a firerate of 800 - 850 RPM.

http://symthic.com/?s=bf3 Retrieved Sept. 13th
"This Iranian developed Assault Rifle is essentially a bullpup conversion of the M16. The KH2002 is intended to replace the G3 in service with the Iranian armed forces, though there is speculation that it may be years before the rifle is ready for full deployment. The KH2002’s short length lends itself well to close combat, but prevents it from mounting any underslung weapons."

The KH2002 makes its first appearance in Battlefield 3. It is an average-power, average-accuracy, three-round-burst assault rifle.

The KH2002 is the standard-issue rifle of the Iranian forces following the coup in which Faruk Al-Bashir assumed control of the country. The weapon is then heavily-used by both Iranian and People's Liberation and Resistance forces, with and without additional upgrades like optics and flashlight attachments.

The KH2002 is one of the seven multiplayer weapons which can be unlocked through the Co-op campaign. It is unlocked when an overall score of 17,000 Co-op points is reached. 126,000 Co-op points were required to be achieved before the R3 patch lowered the required points drastically. It is the second Co-op unlock. Like in singleplayer, it makes use of a 30-round magazine and features 3-round-burst and semi-automatic fire modes. Despite having only burst and semi-auto fire modes, repeatedly pulling the trigger in rapid succession can help the user to achieve the effect of using a fully-automatic weapon.

Compared to its closest burst-fire counterpart, the M16A4, the KH2002 offers the usual bullpup advantages of better hipfire accuracy and faster ADS movement, and a lower recoil multiplier and less vertical recoil. This is, however, offset by the fact that the KH2002 suffers from a tactical reload over 1 second longer than the M16A4, and a much heavier (and also balanced) horizontal recoil. While this recoil pattern may prove more comfortable for close-mid range shooting, it will cause the KH2002 to be much less reliable at long range, since the horizontal recoil is hard to compensate for and will be likely to throw the aim off target amidst the 3-round-burst. Additionally, the KH2002 only has the standard assault rifle static spread of 0.2 while the M16A4 has a spread of 0.1, further necessitating the need for a heavy barrel modification on the KH2002, and thus eliminating it's greatest advantage being low vertical recoil.

Overall, while the KH2002 may present a more user-friendly option to players new to Battlefield 3, it is largely an inferior alternative to the M16A4. If the player is relatively skilled at controlling vertical recoil, the M16A4 will, in virtually every circumstance where a burst fire weapon is needed, prove superior to the KH2002. 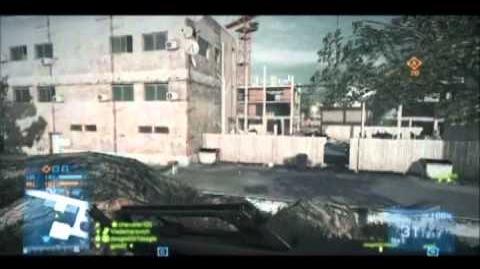 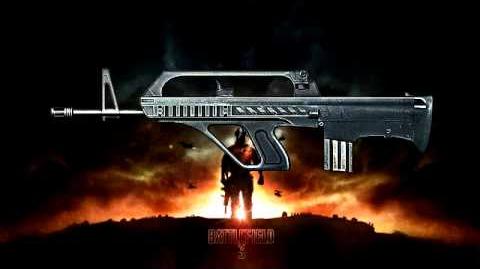