Antonov An-22, Ka-60 Kasatka, Security SUV
"This next part is where you have a big credibility problem..."

— Agent Gordon speaking to Blackburn during the mission's introduction cutscene.

Kaffarov is the eleventh mission in the singleplayer campaign of Battlefield 3. In this mission, Dima, Kiril and Vladimir conduct an assault on Kaffarov, the arms dealer that supplied the nukes to Solomon.

The mission starts off with Dima, Kiril, and Vladimir skydiving off of a plane with a weapons case and land down near Kaffarov's mansion. A scouting party of Amir Kaffarov noticed the weapons case and stopped to investigate it, unknowing that only a few yards away were trespassers. The player then takes out the party and any backup that comes over to help.

Upon clearing the road, the team now hijacks a bulletproof van. Since its windows are tinted, Kiril found out a plan to infiltrate the villa by going through the convoy, upon reaching the garage, they laid out a surprise attack.

The player then has to go through multiple checkpoints, like the guard post and the pool house in order to get to Kaffarov's mansion. But they should be very careful though; an enemy with an RPG-7V2 and infantry support is seen waiting on a cliff outside of the garage.

The player is sent through a variety of rooms in search of Kaffarov, listening in on radio chatter. In various occasions, the team needs to split up as Dima provides supportive fire from the higher floors. The player then goes into an underground hideout containing a meeting room, a shooting range, a vault, and a training room, taking out Kaffarov's men along the way.

The player will eventually reach a stairway leading up to a helipad, where Kaffarov's Ka-60 Kasatka is about to take off. The player has to sprint towards the helicopter and jump onto the edge of it just as it's starting to take off. The player will then go in an interactive battle in which both the player and Kaffarov fall out the helicopter, conveniently landing through a glass roof and into a pool. Kaffarov begs for his life, and promises to tell Dima about any information about Solomon for his freedom, but is knocked out by Dima with a punch to the face.

A Deal with Blackburn[]

"Do not do anything stupid."

— Dima when he first meets Blackburn

After the interrogation scene with Blackburn, the players scouts ahead through the burning pool house as Blackburn retelling the event. The event shows a knocked out Kaffarov, and Dima holding an MP-443. Dima then explains about how the nuclear WMDs were stolen from Russia, and that Solomon's next target is New York. Blackburn's commanding officer, Cole, attempts to arrest Dima and Blackburn, at which point the player must shoot Cole. The cut-scene ends when the scene blacks out, and puts the player in the interrogation room. 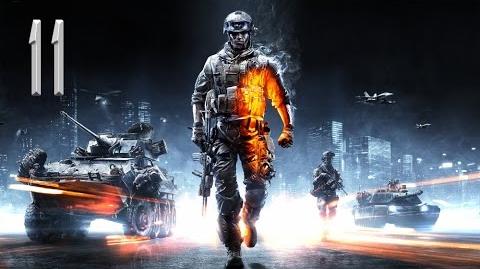