"It feels good to have purpose again. To do what I do best. Your presence, is a gift to me. It has caused quite a stir. "

Kunlun Mountains is the fifth mission featured in the Battlefield 4 Campaign. It involves escaping from a fortified Chinese military prison.

Shortly after Hannah's betrayal, Recker and Irish are taken to a prison in the mountainous region of Tibet and are interrogated by Admiral Chang and Bohai over their covert operation in Shanghai. During the interrogation, Irish, angry at Hannah for her betrayal states he is going to retaliate against her and her husband. Aware that Hannah is not married, Chang realizes that her husband is, in fact, the thought-to-be-assassinated Jin Jié and that he is on board the USS Valkyrie. Chang then orders Bohai to knock Recker and Irish out and lock them up in their cells.

Recker is later awakened by his cellmate, Dimitri Mayakovsky, who states that he needs his help if either of them hopes to escape. Dima then hands Recker a shank and breaks a hole in the cell wall with some broken pipes. The two then climb out up numerous pipes running through the prison. They then make it to the guard tower entrance where Dima quietly kills a guard. Recker is then tasked to take out all guards in the room by any means so that he can then reach levers in the tower that open all cells within the prison.

The result is a prison wide riot, allowing for the distraction Recker and Dima need to escape. As the two are traveling toward an elevator that will lead to the prison exit, they hear Irish in a room further head being attacked by a guard, all the while yelling out Pac's name. He is successful in stopping his attacker and then joins Recker and Dima. Irish then starts asking many questions about Pac, believing he may still be alive and somewhere in the prison. When asked if he knows anything about Pac, Dima states he knows nothing, believing Irish may be joking. Irish then asks why Dima is helping them, only for him to reply that they are the ones who are helping him.

The group then makes their way to a long warehouse within the prison where they then engage dozens of guards. Afterward, they make it to the end of the warehouse discovering the doors are sealed tight. Dima then takes it upon himself to unlock the doors from the control room while Recker and Irish cover him from the incoming Chinese Military. Successful, they make it through the doors only to be met by Hannah and Bohai. Held at gunpoint, it seems the group is about to be executed until Hannah betrays Bohai and kills him. Irish then immediately assaults her, demanding to know who she is and where her loyalty lies.

Hannah reveals that she is a double agent, holding no loyalty to Chang, but instead to China itself, more specifically Jin Jié. She tells of how she is a part of the Chinese Secret Service and was tasked with protecting Jin Jié, who she gave the guise of being her husband. Despite his distrust of her, Irish allows her to stay as Chinese forces are closing in. The group makes it outside, causing Dima to yell in joy of his new freedom.

Noticing the cable cars on the nearby slope, they make their way toward it, engaging the dozens of enemies on it. Taking caution of the snipers in the radio tower as well as other hostile forces utilizing grenade launchers, the group is successful in making it to a tram. After entering and starting down the slope however, the tram is attacked and shot down by a hostile attack helicopter. As the car lands, Dima is launched out of the car window into the ground where the car then lands on top of him, resulting in his death. As the group heads down the mountain, Irish states that "at least Dima died free". 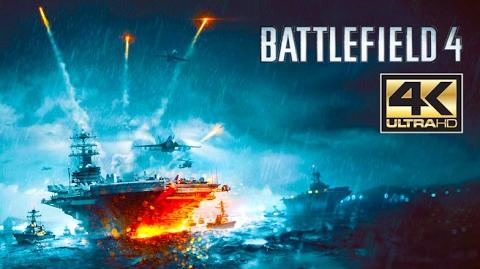 The prison guards seen throughout the mission.