Le Château is a Codex Entry featured in Battlefield 1. It is unlocked by winning one game on Ballroom Blitz.

CHATEAUS ON THE WESTERN FRONT - HEADQUARTERS HOME OR HELLEdit 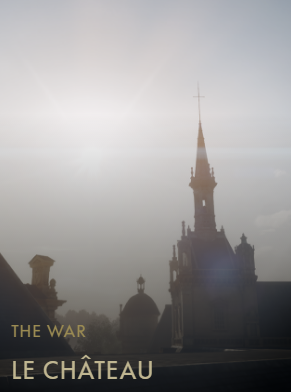 The chateaus of France were the traditional homes of the nobility. Some resembled villas; others looked more like castles. Huge staffs of housekeepers, cooks, gardeners, and more tended to them and master masons built the ballrooms, libraries, and chapels of the elite.

During the war, many of these fell into German hands, where they often housed generals and high-ranking staff members, who lived in luxury. They often also hosted high-ranking enemy officers that were captured, who enjoyed special privileges and staff. Ace pilots too, with their often more privileged treatment, were sometimes houses in chateous.

As the front moved and the war spread, however, many soon became the scenes of vicious battles and the temporary refuges of the common soldier, and by 1918 many of them were in ruins, much like the old aristocracy itself.

Retrieved from "https://battlefield.fandom.com/wiki/Le_Ch%C3%A2teau_(Codex_Entry)?oldid=343320"
Community content is available under CC-BY-SA unless otherwise noted.