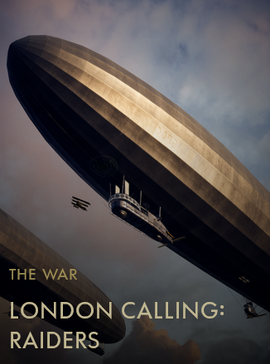 From pilots throwing steel darts or shooting at each other with revolvers or carbines, to air-cooled mounted machine guns and small artillery pieces, the art of air combat changed greatly over the course of the Great War. Tactics and technologies evolved constantly, as did the skills of the pilots. More powerful engines and sturdier designs allowed for longer engagements and more sophisticated maneuvers. Fighter aircraft were designed for speed and maneurverability, and with the invention of synchronization gear, pilots were able fire machine guns through the propellor and air with the nose of the plane. Bombers were armored and outfitted with larger fuel tanks, internal enclosed bomb chambers, and additional rear gunners to defend the planes on their ever-longer journeys. The age of lonely airships sailing the sky and duels between pairs of chivalrous gentleman pilots gave way to the concept of an air FORCE, that flew and fought in concert with deadly impersonalit.

Retrieved from "https://battlefield.fandom.com/wiki/London_Calling:_Raiders_(Codex_Entry)?oldid=343387"
Community content is available under CC-BY-SA unless otherwise noted.