watch 04:21
Wiki Targeted (Games)
Do you like this video?
Play Sound

The M14 is an American selective-fire battle rifle derived from the M1 Garand. It fires 7.62x51mm NATO cartridges. It was the standard issue rifle for the U.S. Armed forces from 1957, replacing the M1 Garand, to 1970, being replaced by the M16. It was used extensively during the Vietnam era, but was phased out very quickly during and after that conflict.

Post-Vietnam, some marksman rifles, like the Mk. 14 EBR and M39 EMR were derived from the M14 platform and still see usage in the modern day. The Springfield Armory M1A SOCOM 16 is a civilian derivative of the M14. The SRSS Bulldog is a civilian bullpup chassis for the M14.

The M14 is a weapon featured in Battlefield Vietnam, is issued to the American and South Vietnamese Engineer kits and is an option for the Heavy Assault kit. It can kill in 2-3 body shots or a single head shot. It has high accuracy moderate speed, and a medium reload time.

The M14 as it appears in Battlefield Vietnam 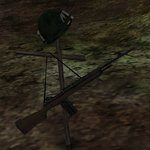 The American M14 kit
Add a photo to this gallery

[1]
"The M14 is a select fire battle rifle developed from the M1 Garand. Although replaced by the M16 during the Vietnam War, many soldiers still preferred the M14, claiming the M16 lacked essential firepower."

The M14 is a weapon featured in the Battlefield: Bad Company 2: Vietnam expansion, issued to the Assault kit. It has a 20-round magazine and a fully-automatic fire mode. It has the lowest rate of fire of the assault rifles, but this is balanced by the highest damage and fastest reload time.

It also has the lowest accuracy, the largest hipfire spread, and the highest recoil, limiting the user to fire in bursts at mid-long range to maintain accuracy. Its sights are very similar to those of the M1 Garand from the base game. It is comparable to the G3 in the base game, as it has high damage, low rate of fire, high but controllable recoil, and a small, 20-round magazine.

The M14's in-game description and stats evaluation.
Add a photo to this gallery

The render of the M14.
Add a photo to this gallery 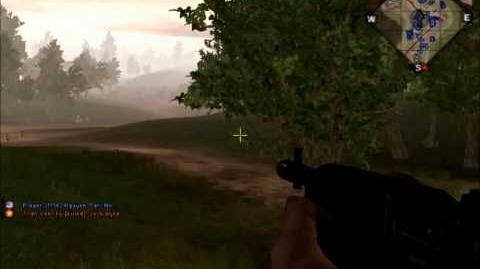 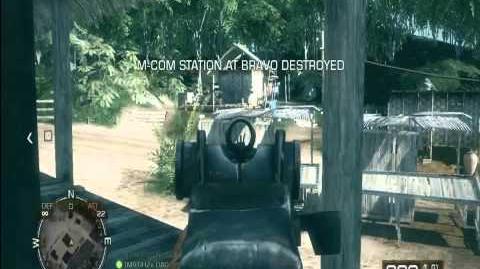 M14
Gameplay with the M14 in Battlefield: Bad Company 2: Vietnam at Operation Hastings in Rush mode
Add a photo to this gallery

Retrieved from "https://battlefield.fandom.com/wiki/M14?oldid=363910"
Community content is available under CC-BY-SA unless otherwise noted.