For the similar weapon, see M39 EMR
The Mark 14 Enhanced Battle Rifle (EBR) is an American selective fire military rifle based upon the M14 rifle. Originally created in 2001 for the United States Navy SEALs, it was first deployed for combat use in 2003.

It is now used by the United States Army and Coast Guard. New improvements such an adjustable stock, Picatinny rails on the top and sides of the rifle and new construction techniques allow the M14 to become a highly adaptive rifle, yet it still retains its firepower coming from the powerful 7.62x51mm NATO round.

The M14 Mod 0 Enhanced is a weapon featured in Battlefield: Bad Company 2 and is unlocked at rank 19. The weapon is semi-automatic in game and uses a 10-round magazine, and it can be modified with either a Red Dot Sight or a 4X Rifle Scope.

It is highly accurate and does high damage, but is balanced by its small magazine and high recoil. These traits make the M14 very deadly at medium and long range combat against weapons such as assault rifles and SMGs, though it is at a disadvantage in close quarters combat.

With Magnum Ammunition equipped, the M14 will kill in three shots at any distance, and can kill a slightly injured opponent at close range with just two shots. Equipping an optic can be very advantageous with the M14 as it greatly aids in long range accuracy.

The M14 is nearly identical to the semi-auto sniper rifles, with one of the few differences being that the M14 can use iron sights. In fact, the M14 has very similar stats to the Type 88 Sniper and SVU Snaiperskaya, only differing in reload time and that the M14 is affected by spray when moving and aiming at the same time.

This, coupled with a 4X rifle scope, allows the M14 to help players act as designated marksman to take down long range targets. It is also very similar to the M1 Garand in stats, only differing in reload time, ammunition capacity and attachments, though the M14 does have a slightly faster fire rate.

The M14 EBR us a weapon featured in Battlefield Play4Free for the Recon kit. It features a larger magazine, lower recoil, and a higher fire rate than other sniper rifles. However, the weapon also has a decreased range and firepower, as well as a cost of up to 899 P4F Funds for unlimited use. Its semi-automatic nature allows users to easily wield the weapon in close-range situations, like on Karkand, Sharqi, and Basra.

Render of the Holosight M14 EBR

Render of the M14 EBR with a sniper scope

Detailed photo of the M14 EBR with a sniper scope attached 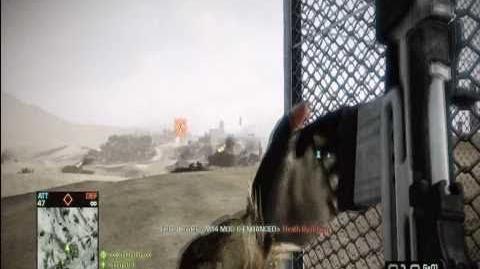 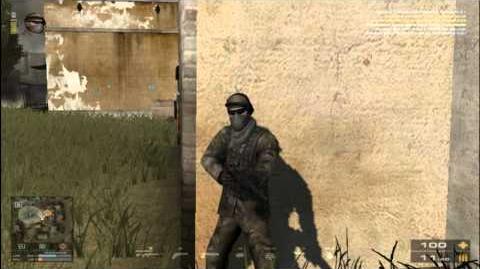 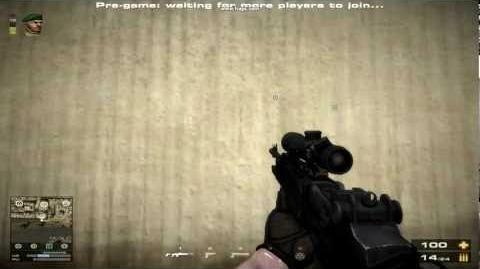