1.7
"The M4 is a lightweight version of the M16 and fires the same type of ammunition. It has similar handling and accuracy but does less damage. It comes equipped with a red-dot scope."

The M4 is the standard primary weapon in Battlefield 2 and is issued to the USMC's Special Forces kit. The M4 possesses a Red Dot Sight. It is statistically very similar to the other carbines, with a higher recoil than, but identical spread and damage to, the G36C, yet less damage than the AK-74u.

A US Marine aiming the M4 Carbine 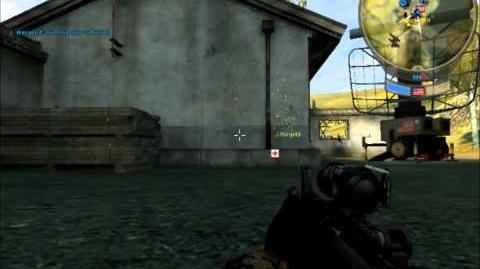 M4A1 BF2
Gameplay with the M4 in Battlefield 2 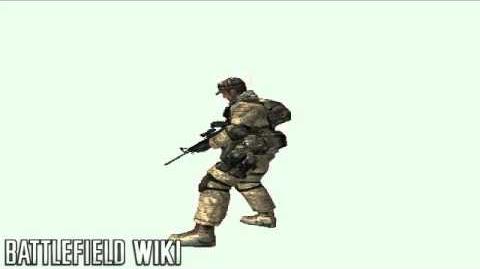