The M82A1 seems to be a weapon which was cut midway through Battlefield 2's development. It has a different texture sheet and animations than the M95, which is a similar weapon. In addition, the horizontal line on its scope is shorter on both sides. Its file directories lack the "sounds" and "ai" files of the other weapons, but it did have its animations and meshes.

One can use the M82A1 by modifying the game kit weapons in the files. Unlike all other handheld weapons in BF2, the M82A1 can only be fired prone due to it having ObjectTemplate.fire.onlyFireWhenProne 1. Its rate of fire is strangly high at 450 RPM, the fastest of any sniper rifle.

Performance wise, the weapon itself uses the same material type as the M95, allowing it to pierce bulletproof glass. Its spread will always be very low due to only being able to use it in prone. When firing while aiming down sights, the weapon will automatically unzoom similar to other bolt-action rifles. Damage wise, it is always a three shot kill regardless if the user is using body armor or not, with a headshot being one shot kill. Strangely enough, it has a damage drop-off stat unlike any of the sniper rifles.

On the BFHQ screen, its title is "M95" and its description is that of the Jackhammer.

Aiming down sights, note the lack of zoom. 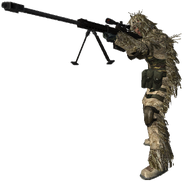 In the multiplayer portion of Battlefield 4, the M82A3 is a Battle Pickup. In terms of statistics, the weapon is the most powerful sniper rifle in game, capable of killing in a single shot to the body at any range. This, in addition to its semi-automatic operation and has large box magazine of 10+1 rounds, means the weapon requires less precision than any of the other snipers whilst remaining effective at all distances, although the M82A3 does not have the fastest bullet velocity of any of the other snipers, which can hamper accuracy against moving targets. Its .50 caliber round also gives the sniper the unparalleled cover destruction capabilities - tearing down wooden fences with single shots. Additionally it is one of only a few infantry small arms capable of damaging light vehicles such as Quad Bikes, PWCs, Jeeps, and RHIBs, which it can destroy in three to five shots, and is also very effective at damaging or destroying helicopters.

While its only real counterpart is the Chinese AMR-2, the M82A3 has a superior fire rate, which can prove to be a huge advantage in medium range to close quarter situations where the M82A3 can be slightly more forgiving than the AMR-2, or in cases when the user is faced by multiple enemies. It also has around double the magazine size, meaning a player can fire more rounds and not reload. The M82A3 has a slightly faster reload time (.3 secs) when the magazine is empty, while the AMR-2 has a faster time when there are bullets in the chamber. 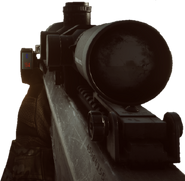 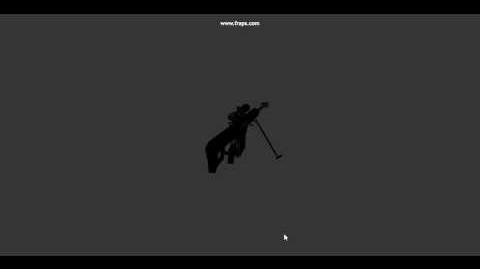 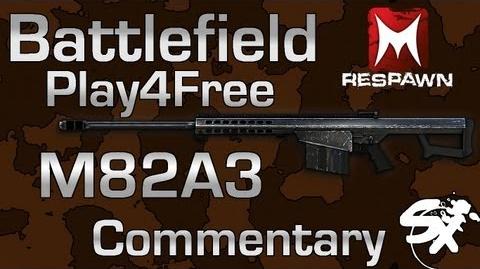 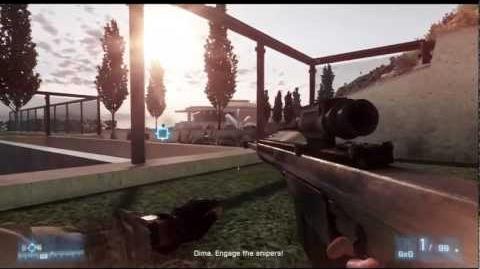 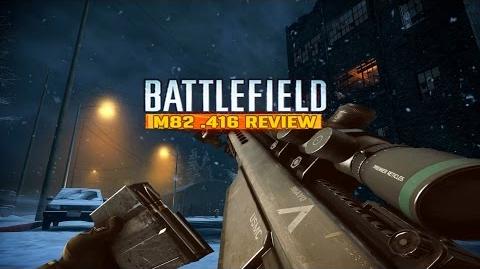 Retrieved from "https://battlefield.fandom.com/wiki/M82?oldid=372152"
Community content is available under CC-BY-SA unless otherwise noted.