The M98B is a bolt-action sniper rifle produced by Barrett Firearms Manufacturing, known for its M82/M107 .50 caliber anti-materiel rifle. The M98B is chambered for the .338 Lapua Magnum round, a cartridge that is widely regarded as a superior sniper round for its accuracy and conservation of energy over range.

The weapon was designed in 1997 to create a non-sporting rifle based on the Lapua cartridge. Originally meant to be semi-automatic, the M98 was unveiled in 1998 but was nearly cancelled due to lack of interest. It was revived a few years later under the name M98B and has been produced since 2008.

The M98B is a weapon featured in Battlefield Play4Free, being introduced in an update.

The promotional image for the M98B. This picture is mirrored, so the bolt is absent from the right side.

High-quality render of the M98B.
Add a photo to this gallery

http://symthic.com/?s=bf3
"A precision tactical rifle, the M98B uniquely was developed from the ground up as a Bolt-Action Sniper Rifle. Firing the .338 Magnum round from a detachable box magazine the M98B is capable of impressive accuracy and great stopping power even at extreme ranges. The M98B is currently being evaluated by US SOCOM in a modified form. By default the M98B is equipped with a Rifle Scope (8x)."

The M98B is a weapon featured in Battlefield 3. The weapon has moderate recoil, being the only sniper rifle in the game to fire .338 Magnum rounds. It has a rate of fire of 46 rpm with a magazine size of 5 + 1 rounds.

The M98B is only available in Operation Guillotine after the player arrives inside the bank. It is attached with a Bipod and a Ballistic Scope, having high accuracy and damage. It is capable of killing enemies in a single shot.

The M98B is issued to the Recon kit, available for use after reaching 146000 Recon score. It has a slightly slower fire rate than the M40A5, but higher damage. The weapon deals a one-hit kill to anything within 15 meters or any hit to the chest while playing Hardcore. This is because the M98B's minimum damage is 59 at anything past 120 meters, and in hardcore players only have 60 health.

With a Silencer, the M98B can kill any target in the head, this can be used to silently pick off much further targets sniping (while still retaining its one shot kill ability in hardcore), At the cost of losing its OSK range in regular mode, requiring at least two shots to kill at any range. Equipping a 3.4, 4x or 8x scope can help increase the effective range of the weapon on maps with larger sight lines, but players using these scopes will need to account for bullet drop against targets at long ranges.

A Laser Sight can improve its hip-fire accuracy a decent amount as well. A Bipod can work for long range sniping or players who have trouble with the straight pull-bolt and can help for multiple shots at longer ranges. The Straight Pull-Bolt can be used to track targets from far away without pulling out of sights.

The M98B in the singleplayer level Operation Guillotine. 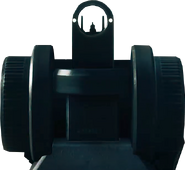 M98B being deployed on a Bipod

M98B as it appears in the Load-out selection screen

M98B as it appears in-game.
Add a photo to this gallery

The M98B is a weapon featured in Battlefield 4, issued to the Recon kit as the second to last sniper rifle for 34,000 Sniper Rifle score. Notably, the M98B sports the third highest velocity and maximum range of the sniper rifles not including the Railgun. Due to its high velocity, it has little bullet drop, with only the SRR-61 and FY-JS outclassing it in this regard.

Compared to Battlefield 3, the M98B in Battlefield 4 shares similar stats, except it has a slightly slower rate of fire, slightly better hipfire, and twice the magazine capacity at 10+1 rounds instead of 5+1 rounds.

The M98B is arguably the best sniper rifle in the game for extremely long-range sniping, as its smaller amount of bullet drop as compared to most other sniper rifles gives it an advantage, as does its extremely high muzzle velocity. The addition of a Ballistic Scope can further augment the M98B's long-range capability. However, the M98B's low fire rate of 40 RPM makes it one of the worst sniper rifles in the game for close-quarters or medium-range combat, and it is best kept to long-range engagements. 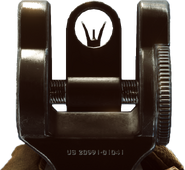 100 - 89
The M98B is a bolt-action sniper rifle introduced in the Battlefield Hardline: Betrayal expansion. It has extremely high damage at the cost of having the slowest fire rate of all bolt-action rifles. 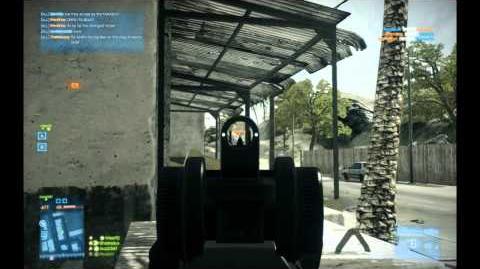 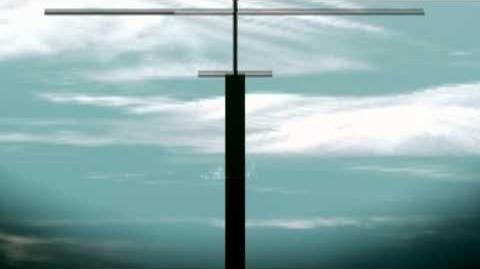 ✠ Battlefield 3 - Longest headshot with sniper, 3250m!!!
Video showcasing the maximum range of the M98B since the bullet stay alive time was increased from 1.5s to 5.0s
Add a photo to this gallery

Retrieved from "https://battlefield.fandom.com/wiki/M98B?oldid=364021"
Community content is available under CC-BY-SA unless otherwise noted.