Development of the MBT LAW began in 2002 when the British Ministry of Defense issued a contract for the replacement of the LAW 80 disposable anti-tank system. The Swedish also ordered the MBT LAW in 2005 through the UK MoD's procurement agency as well as several other nations. Deliveries of the system began in 2009. The MBT LAW was designed and developed by SAAB Bofors Dynamics in Sweden.

"Smart Anti-Tank missile that automatically detects vehicles near the warhead and guide to the target. Easy to use but low damage from all angles of attack. Capable of locking on to laser designated targets."

The MBT LAW is a self-guided rocket launcher for the Engineer kit in Battlefield 4.

The weapon is unlocked by default as the starting anti-vehicle rocket launcher available for the Engineer Kit. The weapon carries a maximum of 5 available rockets for starting use with one in the launcher and four in reserve. This can be increased to a total of 7 rockets with the ROCKETS field upgrade equipped.

Like most other launchers, it is relatively simple to use. First, the operator must aim at the target (either from the shoulder or down the sights) and fire at the target. The weapon is a dumb-fire, fire-and-forget-type missile that automatically identifies, targets and guides itself towards the closest occupied or unoccupied hostile ground vehicle it is fired at once within proximity. The operators must take into account the distance to a target and the time it will take for the missile to reach it, and lead the target accordingly in order for the missile's self guidance system to activate. The MBT LAW rocket will be unable to guide itself if the target is either out of range or too close to the launch source (by the latter point, self-guidance will not be a necessity in accurate striking of the target).

The nature of the rocket, like the FGM-172 SRAW, causes it to have no 'drop' over long ranges and thus can be utilized as a precision weapon against infantry. Any and all infantry can be dispatched with a direct hit at maximum health and will take massive damage if caught within close proximity of the rocket.

The MBT LAW also has no initial “target locking” requirement to warn or inform targeted vehicles of the missile and its operator's presence. The missile will skip straight to target tracking mode once within optimum proximity between the target and the launch vehicle, which is usually with when very close to the target. It functions similar to that of the STAFF Shell of Main Battle Tanks and Active Radar Missiles for aircraft and Mobile Anti-Air. When target is tracked, this leaves very little time for targeted vehicle operators to react, as many players are accustomed to deploying counter measures or evasive maneuvers after missiles or rockets are locked and fired rather than before. Regardless, the MBT LAW deals relatively light damage; the least of all shoulder-fired rocket launchers available.

The MBT LAW also has the ability to lock onto Laser designated targets out of line-of-sight for a higher top-attack angle or allowing the targeting of aircraft, as well as providing a slight damage boost (but still not on-par with more powerful launchers like the SMAW and RPG-7V2). In this case, the weapon operator must make sure they are within an open and not confined position when firing towards a laser-designated target, as close proximity-detonation of a missile due to striking a nearby wall or surface can inflict damage or even kill the operator. In Hardcore game modes where friendly-fire is enabled by default, the operator must take greater precaution when firing through confined spaces such as narrow corridors, rooms or alleyways in order to not accidentally kill/damage friendly units.

Unlike other shoulder-fired launchers such as the Javelin, SRAW or SA-18 Igla, the fire-and-forget nature of the MBT LAW allows the operator to more easily take advantage of cover in the environment when engaging enemy armor and aircraft, as the missile will guide itself toward targets. Unlike similar weapons, the operator is not required to obtain or maintain weapon lock on the enemy aircraft prior or after missile launch. It does not require the division of attention from the operator which may leave them vulnerable to enemy action. The operator can safely disappear and reappear from behind a safe position of cover whilst dispatching enemy vehicles with ease with constant volleys of rocket fire.

MBT LAW rockets can be countered by IR Flares, ECM Jammer, Active Protection and IR Smoke when activated prior to launch or prior to missile tracking. Rockets in flight leave a particularly blatant exhaust plume and missile streak which can be easily identifiable, especially vehicles equipped with secondary weapons which contain a magnification/zoom-in ability or Thermal Optics, where it makes visually spotting the incoming missile from a further distance easier. The large shape and prominent silhouette of the launcher whilst being carried by infantry, especially against the dark background of Thermal Optics, allows targeted vehicles to identify the weapon to be used against them and thus, targeted vehicle operators can act accordingly to counter them. If counter-measures are unavailable for use, the targeted vehicle operator may choose to take cover behind unoccupied vehicles or gadgets, as the operational nature of the MBT LAW rocket will guide itself to the closest target relative to its position, even unoccupied ones.

The following is a list of effects and damage to specific vehicle types from impacts by the MBT LAW rockets. Vehicles not listed are vehicles which are instantly destroyed upon rocket impact at any angle. Such includes Jets of all Types, Quad Bikes, and PWCs.

Damage results are gathered post-2015 Battlefield 4: Legacy Operations update and are subject to change without notice by game developers from time to time. 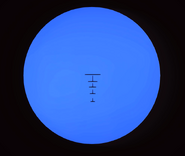 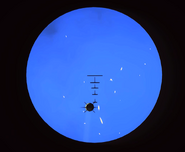 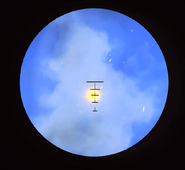