Battlefield Wiki
Register
Don't have an account?
Sign In
Advertisement
in: Standard, Shotguns, Weapons of Battlefield 2,
and 5 more
English

The Pancor MK3A1 or Jackhammer is a 12-gauge, gas-operated, fully automatic shotgun. It was developed by John Anderson in 1984 and patented in 1987. While the Jackhammer did reasonably well in its military trials (firing over 50,000 rounds without issue), it had various issues that kept it from being accepted; such as the lack of ejector, large frame, low magazine capacity, and, most of all, the designer's lack of funds to further the project. It is not clear how many guns were made as it never left the prototype stage, but there is just one functional prototype in existence[1] as the rest were sold to other countries and disappeared or destroyed.

"The Jackhammer is a gas-operated heavy shotgun loaded with 7 round revolver type cylinders. Due to its long reload time it’s important to be careful when firing on the full auto setting or you will find yourself out of ammunition at an inconvenient moment."

The MK3A1 is a weapon featured in Battlefield 2 as the Tier one unlock for the Engineer Kit. It is the only full-automatic shotgun, and fires from a seven-round magazine. It is significantly less powerful than the pump-action shotguns or the Benelli M4, although it shares their long reload pattern.

The MK3A1 on the map Ghost Town. 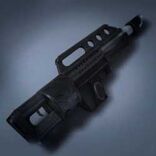 The MK3A1 is a weapon featured in Battlefield Play4Free. It can be purchased for a price of 120,000 Play4Free Funds or obtained as a gift. It holds ten 12-gauge shells and is fully-automatic.

The first official advertisement of the MK3A1.

"Fully automatic shotgun prototype developed in the US."

The MK3A1 is a weapon introduced in the Battlefield 3: Back to Karkand expansion and is unlocked upon the completion of the Scarred Veteran assignment. It has more ammunition than the USAS-12 when equipped with extended magazines with 12+1 rounds available. It has high recoil if fired fully auto while aimed down the sight, but only after the first 3-4 shots. The ammo specialization is highly recommended, as the MK3A1 uses ammo very quickly.

Compared to its closest counterpart, the USAS-12, it has the same base accuracy and pellet spread, but benefits from firing 1 extra pellet per shot for a total 8, in exchange for having a lower rate of fire as well as a slower reload. Battlefield Premium members can equip the Airman and Woodland camouflages to the weapon upon the completion of the MK3A1 Specialist assignment. 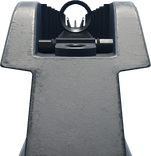 The MK3A1 in Battlefield 3 (Close Quarters Gameplay Trailer), equipped with a Reflex sight and Ext. Mags.