A Machine Gun (commonly abbreviated MG) is a fully automatic firearm, usually designed to fire rounds in quick succession from an ammunition belt or magazine, typically at a rate of several hundred rounds per minute. Machine guns are generally categorized as "light", "medium", or "heavy", and have been featured in every game in the Battlefield series to date.

Mounted light and heavy machine guns are attached to pedestals at fixed firing positions, pintles on vehicles that may expose the user, or remote weapon systems that allow the user to remain inside armor. In this sense, light vehicle armor (such as on scout cars or aircraft) is capable of defending against an LMG, while it is defeated by an HMG. Coaxial mounted weapons are aimed by use of the main gun control, providing a secondary weapon using the same sighting system.

A light machine gun (LMG) is a machine gun designed to be employed by an individual soldier, with or without an assistant, as an infantry support weapon. They are the most common machine gun in the Battlefield series.

LMGs typically have much larger ammo capacity, especially when belt-fed. This allows for long periods of sustained fire, which may be counterbalanced by requiring the weapon to cool down after overheating.

LMGs gain increased accuracy when the player crouches or prones, sacrificing mobility for control. A well-placed machine gun can effectively control squads of enemy, making them invaluable in the defensive role. In games featuring the bipod as a usable weapon accessory, accuracy and stability are greatly increased, exceeding that of other automatic weapon classes. In some games, gain more accuracy during sustained fire.

LMGs suffer from lower than average accuracy compared to carbines and assault rifles when fired while standing. Also, recoil is generally higher compared to their assault rifle derivatives, with extreme rates of fire also lower. Belt-fed machine guns suffer from the longest reload times of any weapon, as well as the highest hipfire spread, making them highly disadvantaged in close quarters scenarios.

Note that LMG as used here is primarily a gameplay category. Some Battlefield games feature MMGs or even HMGs that are classified as LMGs for gameplay reasons.

A Medium Machine Gun (MMG) or General-Purpose Machine Gun (GPMG) refers to a belt-fed automatic firearm firing a full-power rifle cartridge. It may be wielded by infantry or mounted on vehicles.

In the Battlefield series, MMGs used by infantry are often grouped together with light machine guns. Battlefield V was the first in the franchise to distinguish between light and medium machine guns, with the MMG category of weapons having the specific gameplay mechanic of preventing players from aiming down the sight of an MMG unless it is set up on a bipod, whereas LMGs not affected by this caveat. In addition, MMGs also suffer from a 150% recoil modifier for the first five shots of any burst. The weapon class is otherwise very similar to LMGs statistically, sharing a generic damage model and drop-off profile, and an unmodified projectile velocity of between 700 and 740 m/s.

A Heavy Machine Gun (HMG) refers to its superior power, range, and weight over other machine guns. They must be deployed on the field (with a nest often built around it) or mounted to a pedestal or carrier vehicle. Some are light enough to be carried by infantry, but typically not in a usable state.

The Ganz HMG and the M1917 MG are notable for being the only HMGs that are carried by infantry instead of being emplacements or mounted weapons. 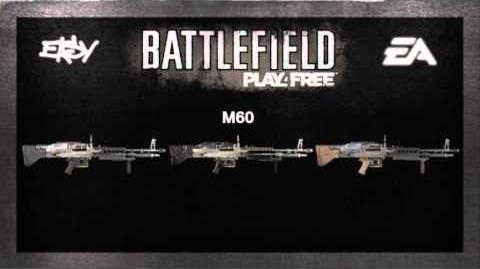 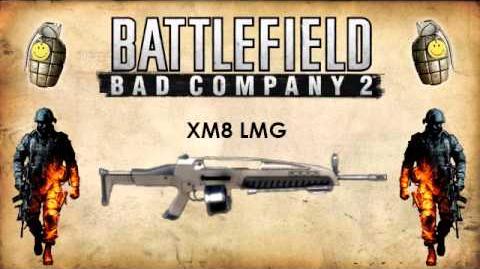 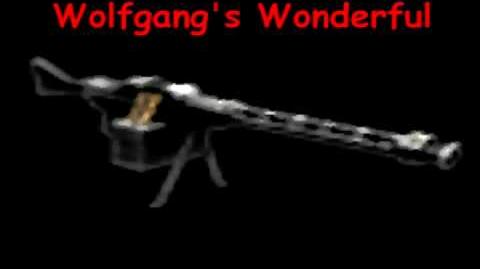