Melee Warfare is a Codex Entry featured in Battlefield 1. It is unlocked upon obtaining 10 kills with Melee Weapons. 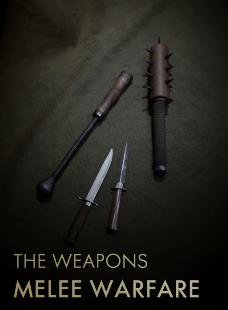 It began in times of war, where the bayonet fixed to the lip of the rifle was the symbol for how close combat was "supposed to be fought". Reality proved a different story. As war pulled enemies closer to one another, often in tight spaces like trenches, new tools for close quarters were needed. As most armies faced a shortage of pistols, two of mankind's most primitive killing tools came into play - the club and the knife.

A Return To Medieval Combat

Complemented by sharpened shovels, these basic weapons suited the nature of trench warfare. Soldiers involved in trench raids abandoned the rifle and bayonet in favor of the pistol and trench club combo. This is where the First World War starts to look more like a mix of medieval warfare than modern war.

Retrieved from "https://battlefield.fandom.com/wiki/Melee_Warfare_(Codex_Entry)?oldid=343171"
Community content is available under CC-BY-SA unless otherwise noted.