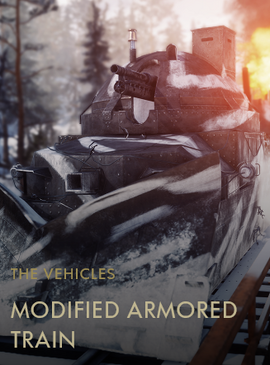 The armored train was the undisputed king of the Eastern Front, and all warring nations there made modifications and variations to its design, speed, and firepower throughout the war and beyond. From simple beginnings that were merely armored locomotives and reinforced boxcars with gun-ports for riflemen, they soon began resembling mobile fortresses or battleships. Outfitted with thick armor plating, the railway cars were heavily armed with multiple machineguns, while shielded flatcars were outfitted with artillery. The pinnacle of their evolution was the introduction of self-propelled railcruisers, which needed no locomotive and were more self-reliant and flexible. Rotating gun turrets protected the train in a 360° angle and anti-aircraft machineguns pointed toward the sky. Raiding parties, armored cars, and even cavalry detachments were housed and transported on the trains, giving them additional power away from the tracks, and supporting them as they pushed through the vast spaces of Russia and Eastern Europe.

Retrieved from "https://battlefield.fandom.com/wiki/Modified_Armored_Train_(Codex_Entry)?oldid=343300"
Community content is available under CC-BY-SA unless otherwise noted.