Battlefield: Bad Company Official Prima Guide
"South African pump action shotgun featuring an unusual bullpup design for a shotgun. Another original solution is the magazine placement, above the barrel. Also, in contrast to most pump action rifles, the pump action is forward."

The NS2000 is a pump-action shotgun featured in Battlefield: Bad Company.

The NS2000 is an unusual shotgun which has the highest accuracy of all pump-action shotguns. It can be found in the village at the bottom of the mountain in Crash and Grab, as well as in and around the Monastery.

The NS2000 is issued to the Demolitions kit as an unlockable. It has a capacity of 8 shells and, like all pump-action shotguns, is very powerful, being highly capable of killing in a single shot. Being the most accurate shotgun, it has the smallest cross hairs. Apart from having the best accuracy of all pump action shotguns, it has a lower rate of fire making certain other pump action shotguns a better choice in certain situations.

The NS2000 in the multiplayer map Harvest Day in Battlefield: Bad Company

"A bullpup shotgun excellent for confined spaces. It features unusual design elements such as a forward sliding cocking mechanism and over-the-barrel tubular magazine."

The Neostead 2000 Combat is a weapon featured in Battlefield: Bad Company 2. It is the 4th shotgun issued to all kits unlocked once a player reaches level 20. It can use the 12 Gauge Slugs and Extended Shotgun Capacity specializations. Despite the in-game stats page, it has exactly the same power, accuracy, and fire rate of the other pump-action shotguns, with the only differences being its faster reload time (the Neostead reloads 2 shells at once, instead of 1), and its appearance. 12 Gauge Slugs also make the Neostead very accurate, and will kill in one to two shots at medium range.

The Neostead has an efficient reload cancel. Just switch to another weapon and immediately back to the Neostead as soon as the ammo counter displays that the shell is loaded. This works even if the mag is not fully loaded. The same process can also be applied for every shot as reload canceling immediately after firing will cut the pumping animation, effectively doubling the rate of fire. With a bit of practice, players can even instantly load a shell with very little to no animation whatsoever by quickly pressing the fire button after hitting the reload button. It should be noted these effects work on all pump-action shotguns.

The Neostead 2000 Combat at Harvest Day in Squad Deathmatch.

The zoomed view of the Neostead 2000 Combat.

The Neostead 2000 Combat in static mode. 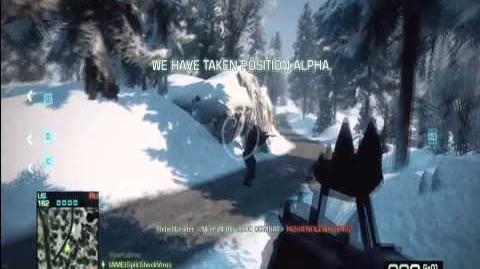