The National Army (German: National Heer) is a faction featured in Battlefield Heroes. The characters and vehicles of the National Army are modeled after those of Nazi Germany. Their opposing force is the Royal Army.

The weapons and clothing of the National Army is based on those used by the Axis Powers during World War II. Additionally, they also appear darker and more mechanized. This is meant to enforce the National Army's portrayal as the "villains" in the Royal-National Army Conflict. The names of several weapon variants may also have the stylish, uber, and stolen prefixes to differentiate them from Royal Army weapon variants. 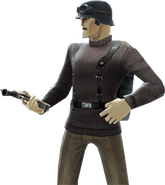 A National Soldier with a shotgun

A National Commando with a sniper rifle. 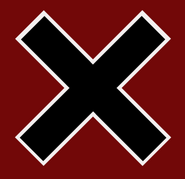 The National Army's homeland is based on that of Nazi Germany during World War II.