Operation Smokescreen is a map featured in Battlefield 2: Euro Force. After heavy fighting, both the MEC and EU forces have been pushed all the way back to their respective bases, leaving the middle ground decimated. Though the above-ground oil reserves were destroyed in the midst of the combat, the oil that remains underground is what drives the battle further, for a final confrontation between the European and Middle Eastern forces.

War continues to rage for the precious oil in the Middle East. The EU has come to aid their allies, confronting the MEC head-on in one of the most brutal battles of the war. Multiple assaults on both fronts have pushed the armies back to their bases, decimating the middle ground and leaving the oil field a smoking ruin. Even though the oil reserves have been destroyed, what remains beneath the scorched desert sand makes this a battleground worth fighting for.

This map is mostly dominated by vehicular warfare, as there are fourteen Main Battle Tanks alongside four jets and helicopters. Infantry don't play a massive role, other than engineers who can repair vehicles, and players running the Anti-tank kit. But even the Anti-tank class will have a hard time due to the shear number of Main Battle Tanks on the map. Lone tanks are easily dispatched by Anti-tank soldiers, but multiple tanks can be very difficult to destroy since most drivers will be engineers.

The starting EU base. It can be captured by the MEC.

One of two neutral bases in this map variant.

The second neutral base.

The starting MEC base. It can be captured by the EU.

The starting EU base. It cannot be captured by the MEC.

One of five neutral bases in this map variant.

The second neutral base.

The third neutral base.

The fourth neutral base.

The fifth neutral base.

The starting MEC base. It cannot be captured by the EU.

This is the only map in the Euro Force expansion that has no difference between its 16-player singleplayer and multiplayer variants. 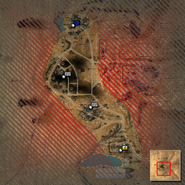 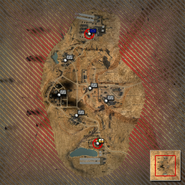 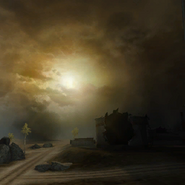 Operation Smoke Screen as most played map in BFHQ. 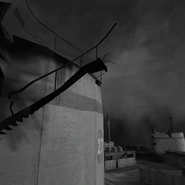