Edit
watch 02:19
Wiki Targeted (Games)
Do you like this video?
Play Sound

For other uses of "Operation", see Operation
Not to be confused with the Battlefield V gamemode, Grand Operations

Operations is a gamemode featured in Battlefield 1. The mode consists of two or three maps in sequence that are narratively linked to one another, with attackers aiming to push the frontline forward to continue on to the next map, and the defenders' trying to hold ground while reducing the attackers' tickets to zero.

Operations uses the Breakthrough game type, where each map is split up into a series of sectors with either one, two or three capture points within each. The attackers must capture and hold all objectives in a sector before they are allowed to push onto the next. Defenders must contest each sector while inflicting as many casualties on the attackers as possible. If the attackers manage to conquer all sectors in a given map, they proceed to the next map where they must do the same to win the operation. In the case of the Oil of Empires operation, the attackers must push through a third map before they are victorious. After each sector, both teams receive a 3-point rating of their performance, ranging for "Weak", "Average" to "Strong", based on the number of attacker losses that were incurred or inflicted, respective of teams.

In Operations the Attacking team fields three battalions with which to capture all maps within an operation. If the ticket number of a battalion is reduced to zero, the next battalion resumes attack on the same sector with a Behemoth supporting them. Should a single battalion manage to secure a map, the defenders may acquire their own Behemoth to meet them at the next map.

There is typically 250 to 350 tickets per battalion. Tickets for a battalion can be replenished in a number of ways. Securing a sector awards 50 tickets, while killing a defender that is retreating from a secured sector grants an additional 3 tickets. As in Conquest, the Medic class can revive players to prevent ticket losses. Once a battalion progresses to a new map, their tickets are replenished to 250 or 350.

Attackers win an operation by securing all sectors on the last map in a given operation, while defenders win by destroying all three attacker battalions before they can accomplish this. At the end of an operation, the sector rating for each team is totalled to provide an overall evaluation of effectiveness, from minor, major, or total victory/defeat.

Unlike other gamemodes, the gamemode features cutscenes and narration specific to each Operation. A female narrator describes the historical context of the battle when selecting an operation from the menu and when transitioning between maps in an operation. Their ending dialogue changes based on which team won, and will describe either the real world outcome of the battle or speculate on any ahistorical result. Each team also has a faction-specific officer narrator that delivers dialogue during gameplay, explaining the key objectives in a map flythrough when a player first joins a game, and also expounding thematic dialogue when a battalion is defeated, the map changes, and when the operation is over. The officers' dialogue is also subject to change based on the battle outcomes.

"Breakthrough or Defend the Sectors

An epic journey with battles from the Great War. Attackers need to capture the flags & break through the enemy lines held by the defenders."

This item has a Codex entry: Breakthrough at Last

Four Operations are available for play in the base game, along with an additional five in expansion packs, each chronicling a different front or offensive of the war. Most of the Operations are based on engagements late into the war, such as the Meuse-Argonne and the Spring Offensive of 1918. The length of each Operation differs from one another, with Oil of Empires being the longest with 13 sectors across 3 maps and Devil's Anvil being the shortest with 6 sectors across 2 maps.

"The mechanized French attacks during the second battle of the Marne in 1918."

Beyond The Marne is one of two Operations included in the They Shall Not Pass expansion pack. It tells of the Aisne-Marne counter-offensive during the Second Battle of the Marne in 1918 with the French Army up against the Imperial German Army on Soissons and Rupture. The French are given 3 Battalions to complete the Operation. There are 8 sectors in total.

This item has a Codex entry: Brusilov Offensive

"The Russian army deploys new tactics on the Eastern Front in 1916."

Brusilov Offensive is one of two Operations included in the In the Name of the Tsar expansion pack. It is based on the Brusilov Offensive (also known as the June Advance) that occurred between June and September 1916 and focuses on the Russian Army's attack on the Central Powers, namely Austro-Hungarian Empire, in the Kingdom of Galicia and Lodomeria. There are 8 sectors in total.

This item has a Codex entry: Conquer Hell

"The battles during the Meuse Argonne in 1918 have been described as "hell on earth"."

Conquer Hell is centered around the Meuse–Argonne offensive, the largest offensive in United States military history, pitting the United States Army against the Imperial German Army near the end of the war. The Operation features the maps Ballroom Blitz and Argonne Forest, and the Americans have 3 Battalions to complete the Operation. There are 9 sectors in total.

"The initial battle of Verdun in 1916 and the later struggle for Fort Vaux."

Devil's Anvil is one of two Operations included in the They Shall Not Pass expansion pack. features the Battle of Verdun, one of the biggest and longest-lasting battles of the Great War, where the Imperial German Army attacks the French Army. The Operation includes the maps Verdun Heights and Fort De Vaux, along with 3 Battalions available to complete the Operation. There are 6 sectors in total.

This item has a Codex entry: Operation Gallipoli

"The Allies combined arms assault against the Ottoman Empire at the Gallipoli Peninsula in 1915."

Gallipoli, also known as Operation Gallipoli, is an Operations included in Turning Tides expansion pack. It features the Gallipoli campaign that took place on the Gallipoli Peninsula between the British Army against the Ottoman Empire, with the British having 3 Battalions available to complete the Operation. The Operation includes the maps Cape Helles and Achi Baba. There are 8 sectors in total.

This item has a Codex entry: Iron Walls

"The final battles along the Italian Front in the fall of 1918."

Iron Walls is based on the Italian offensive during the Battle of Vittorio Veneto, the final engagement of the Italian front. The Kingdom of Italy battles the Austro-Hungarian Empire on Monte Grappa and Empire's Edge, with the Italians having 3 Battalions available to complete the Operation. This is the second longest Operation, with 11 total Sectors.

This item has a Codex entry: Kaiserschlacht

"Kaiserschlacht — or the Kaiser's battle — is based upon the massive German spring offensives in 1918."

This item has a Codex entry: Oil of Empires

"A British quest for oil and dominance of the entire Middle East."

Oil of Empires chronicles the British Empire's efforts to control oil supplies in the Middle Eastern Theater, including the Fao Landing and Raid on the Suez Canal. The British Army attacks Ottoman defenses at Fao Fortress, Suez, and Sinai Desert, with 3 Battalions to complete the Operation. This is the longest Operation, with 13 Sectors across 3 maps.

This item has a Codex entry: Operation Red Tide

"The Russian Red and White armies clash in civil war during 1919."

Red Tide is an Operation featured in the game's In the Name of the Tsar expansion pack. The Operation primarily focuses on the Russian Civil War, with the communist Red Army crossing through the Volga River and fighting their way into the city of Tsaritsyn against the anti-communist White Army. There are 7 sectors in total.

"Operation Campaigns expands on the fan-favorite Operations and its frontline clashes between attackers and defenders. Operations you already know are stringed together to create an even vaster and more epic way of playing Battlefield 1. When an Operation Campaign is active, you can take on the Operations it consists of, and if you complete enough matches and score enough points you’ll be rewarded."

Operation Campaigns are time-limited events that requires the player to play on selected Operations and earn 25,000 points on each Operation to receive a special Battlepack and a puzzle piece.

This item has a Codex entry: Eastern Storm 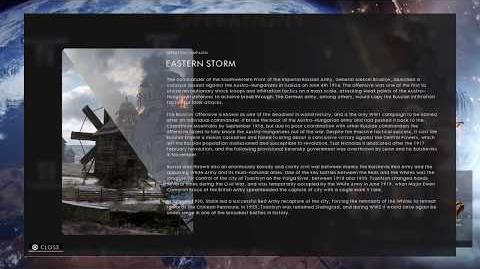 This item has a Codex entry: Fall of Empires 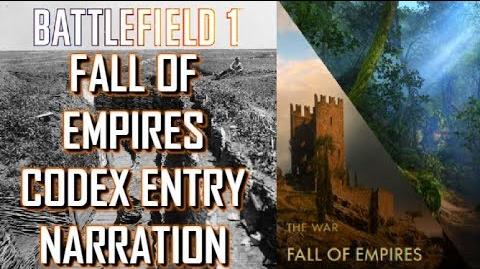 This item has a Codex entry: Fire and Ice

DICE also made this Operation Campaign and all future campaigns available to all players to ensure the servers are as full as possible and reduced amount of points required from 30,000 to 25,000.[4] 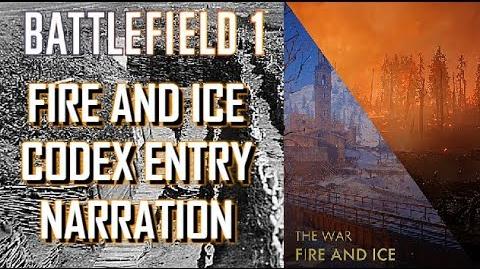 Beginning of the End[]

This item has a Codex entry: Beginning of the End

This item has a Codex entry: Blood and Sand 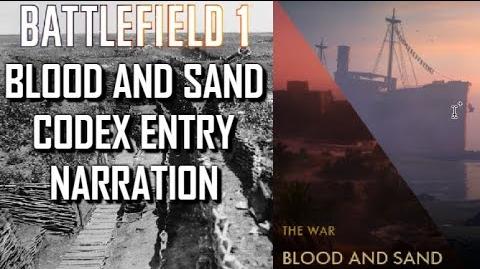 Description for operations from server browser

Operations menu as of the release of They Shall Not Pass, with "Beyond The Marne" selected

Operations menu as of the release of In the Name of the Tsar, with "Red Tide" selected

Operations menu as of the release of October Update 2017, with "Conquer Hell" selected

Operations menu as of the release of Operation Campaigns Update, with "Conquer Hell" selected 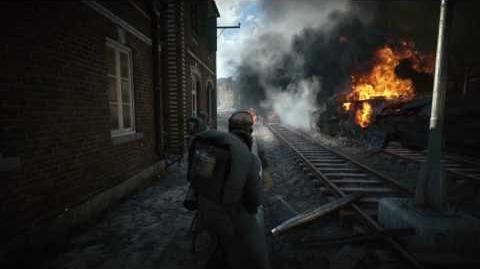