The PP-19 is a weapon featured in Battlefield 2, issued to the MEC, Spetsnaz, Rebel Forces and Insurgent Forces Anti-Tank. Statistically it is nearly identical with the USMC MP5, possessing low damage, high firerate, and high spread values. Its main difference is its larger magazine by fifteen rounds, although it also has a slightly faster reload cycle as well.

The PP-19 in first-person view 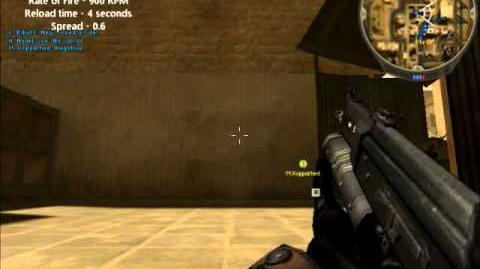 Battlefield Play4Free Comparison Tools
"The PP-19 Bison is a Russian developed SMG using a large capacity horizontal helical style magazine. It shares many things in common with assault rifles and is primarily based on the AKS-47 but it is considered much more accurate than its assault rifle predecessor."

The PP-19 Bison is a weapon featured in Battlefield Play4Free.

The PP-19 as it appears in-game 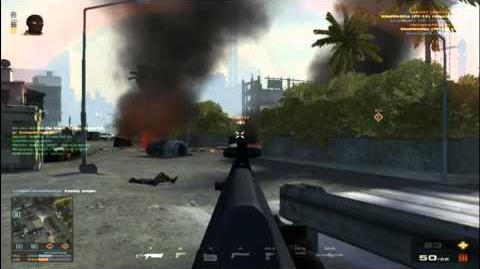 Battlefield 3: Back to Karkand

The PP-19 is a weapon introduced in the Back to Karkand expansion. It has a 54 + 1 round magazine despite the game saying otherwise. The PP-19 is unlocked after completing the Familiar Territory assignment.

It has a fairly long reload time for a PDW, and due to its very low damage at range, is highly ineffective at longer ranges when used without a zoom sight. However, Its high rate of fire, large magazine and low recoil makes it highly effective at shorter ranges. However even at close quarters combat, the PP-19 is still outperformed by a lot of assault rifles, carbines and PDWs in terms of the time it takes to kill, as it deals the absolute lowest amount of damage of any firearm at close range, requiring minimum of 6 body shots to kill a target.

As of the December Soldier Upgrade, players will be able to equip on the PP-19 the Digital Woodland Camo by default and can also equip the Desert Stripe Camo once the PP-19 Specialist assignment is completed.

In Gun Master, the PP-19 is available as the fourth gun, equipped with a Suppressor. 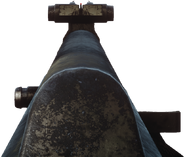 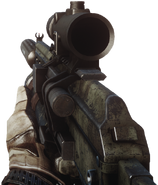 PP-19 with PK-A and Suppressor attached

PP-19 with Suppressor, wielded by US Assault 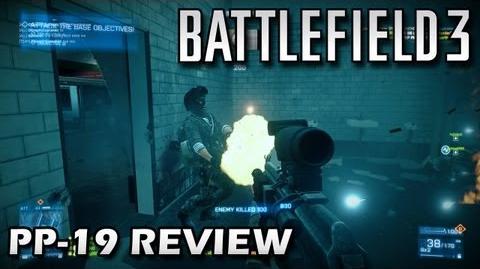 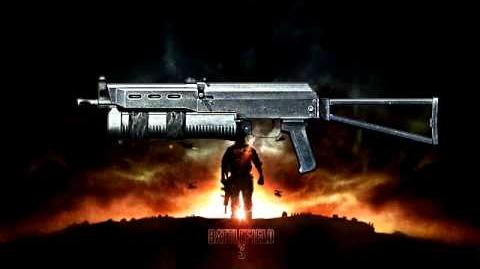 650 RPM
"SMG chambered for 9mm Makarov pistol rounds with a unique 53-rounds, under-barrel helical magazine that doubles as a foregrip."

The PP-29 submachine gun will appear in Battlefield 2042 as a primary weapon. It is unlocked at level 18.

the pp29 features high control and control. Paired with an above average default mag size of 53 rounds, It is strongest suited for close to medium ranged engagements, further complimented with its stock high impact rounds, The pp29 retains its four shot kill range out until 20 Metres, Making it an extremely competitive choice against assault rifles.

Due to its cylinder mag like nature, It is exempt from under barrel attachments, Furthermore, Its ammo types are extremely limited to close combat or Subsonic, Both hindering the damage range and velocity of the gun, With close combat increasing the mag size to 65 and bolstering the fire rate to 700 RPM, Making it more competitive up close.

Barrel and Optical attachments however are unhindered and unlocked as normal.