The Patrol Boat River, commonly abbreviated to PBR, was an American designation for small rigid-hulled patrol boats used during the Vietnam War. PBRs were effectively and commonly used to patrol the large river networks of South Vietnam, and allowed soldiers to inspect a large amount of terrain in short time.

In Battlefield Vietnam, the PBR is issued to the United States Army, the United States Marine Corps and the Vietnam Air Force. It has space for three players: one driver and two gunners, one at the front with dual M2 Brownings, and the other at the rear with an M60, both with 400 rounds in reserve. It provides a fast way to maneuver across waterways, while providing limited protection for the players inside it. As with the Tango, it's possible to put a mortar on the boat by parachuting in and deploying a mortar just before touch-down, or by starting to deploy a mortar on a solid object, and jumping onto the PBR.

A close up view of the twin mounted M2 Browning

A close up view of the mounted M60 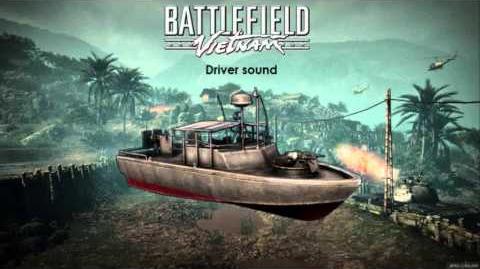 [1]
"Fast river boat for securing water ways and SEAL team insertions. Although primarily a transport, they commonly saw lots of action in firefights with enemy troops both naval and off shore."

In Battlefield: Bad Company 2: Vietnam, the PBR is the only naval vehicle in the game. In Rush, it is used exclusively by the US Army. In Conquest, it spawns at flags regardless of the faction controlling it, and it also spawns as the usable vehicle in some Squad Deathmatch maps.

The PBR fills the role of the Patrol Boat Light from the base game, but has only three spaces for players to fill but lacking the open space for passengers to use their kit's weaponry. Its three positions consist of one driver, one gunner at the front with a dual M1919 turret, and another at the back with a single M1919 with a ballistic shield.

The PBR is a generally versatile vehicle. The maps it appears on have either a large waterway or a network of rivers so that the PBR can access most areas around maps, as well as have a large view on the upheavals raising from the water. This allows it to perform in two major roles: as a transport or as an attacking/supporting vehicle.

The PBR is faster and gives more protection than walking by foot or swimming; hence, with its capacity of three players, it can be used to insert a portion of a squad within enemy territory in short time.

Additionally, the PBR's guns are very powerful, and provide excellent fire support with their good rate of fire, great accuracy and high damage. The bullets fired from the front M1919 travel at such a high velocity that they create shockwaves around where they hit, which can clear foliage and send loose objects flying. On consoles, it makes controllers vibrate. This gives players a distinct warning that a PBR is firing in their direction. Thus, a PBR can suppress enemies and clear an area for the infantry to pass. The players can use the PBR's dual M1919s to rapidly take down enemy helicopters.

Despite the single and dual M1919s being aesthetically different, they are nearly identical in stats. The two weapons are identical in rate of fire and damage. The difference between them is that the dual M1919s create shockwaves, and the single M1919 has steel plates protecting the gunner's front.[2] Drivers can position the PBR in such a way that both the front and rear guns can target enemy positions.

The PBR doesn't provide much cover for the players inside it, and all the positions let their operators' head protrude. This makes players using the PBR vulnerable to headshots. If a driver strafes in the water, it can help protect their gunners, but it is nonetheless dangerous to stay in one area with the PBR.

The single M1919 has an advantage of ballistic protection around the gunner. The armor of the rear gunner is indirectly increased, with survivability further extended by using the Ceramic Body Armor specialization. The PBR makes a large target for enemy Engineers' RPG-7 launchers, making the Active Armor Upgrade useful.

Additionally, the PBR can (usually) survive a direct hit from an RPG-7, however, the players within the PBR itself can be injured or killed by the blast.

Rear view of the PBR 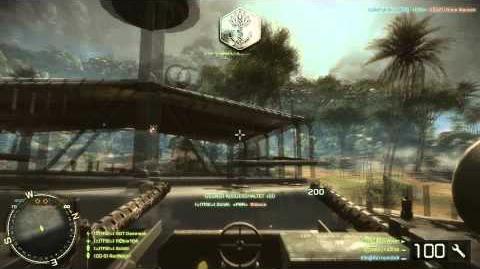 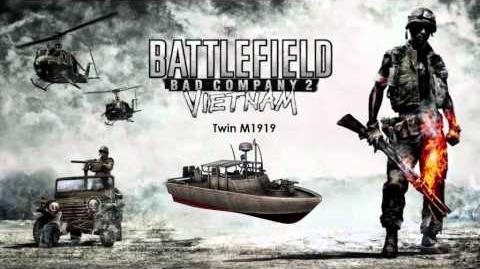